Between all the games these next couple weeks and without any recently captured cellphone conversations or visits from NHL Cavemen, there isn't an opportunity to knock out one coherent article for you all. And while many of you would argue that we ever have a coherent article, this one is gonna be worse than normal.

So, lets clean up a little bit around here, alright? 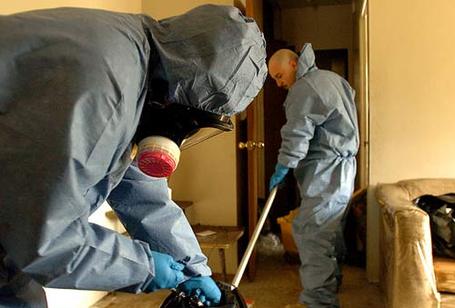 Will Youth Be Served? Might as well start with the hot topic around this joint over the last day: Fragile Jay McKee shatters yet another bone, opening the door for Jonas "call me Yonas" Junland to get some time on the blueline. But will he get the chance, or will Andy Murray insert 30-year-old Mike Weaver into the lineup instead?

Junland is an offensive youngster, exactly two categories that the Blues could use more of on the team. Mike Weaver? What's the opposite of young and offensive? 'Zactly.

The Only Goalie Controversy: Do We Have A Good One Anywhere? Just a couple short days ago we were arguing about whether Emmanual Legace was being usurped by Chris Mason, who was looking pretty good in net.

Now? Not so much. Mason, who got shelled on Tuesday night, reminded all of Blues Nation that there is a reason he's thirty-fucking-two and still considered a backup/A-2 goalie. As good as he's looked in some appearances, the guy has three wins in 14 decisions.

And then there's Manny, who has had his pride dented, his totals dinged and his off-season prospects of getting another nice contract torpedoed. I feel bad for that dude's dog, because he's gotta be kicking the shit out of it.

So again we look to youth and the next big thing is, of course, Ben Bishop ("He went to Chaminade!" Gush!). But is Bishop really the answer? Because, honestly, it's getting a little hard to put faith in this organization's ability to scout and acquire good goaltenders.

Wasn't Marek Schwarz the next big thing just a couple years ago?

Look at the Blues' franchise listing of goaltenders. (Sort by 'To' year to see the real impact.)

For a while, Evgeni Nabokov had a hard time getting a start in San Jose. They had Miikka Kiprusoff riding the pine. Vesa Toskala came up through their system. They had so many good goaltending prospects they couldn't even fit them all on teams in the US at one point.

And the Blues recently had a year where Fred Braithwaite, Tom Barrasso, and Cody Rudkowski spilt time in net. And that was a playoff year.

Are we ever going to get a blue-chipper in net? Seems like that's the last piece the Blues need to add in their rebuilding. No offense, Chaminerds.

Who needs a job? 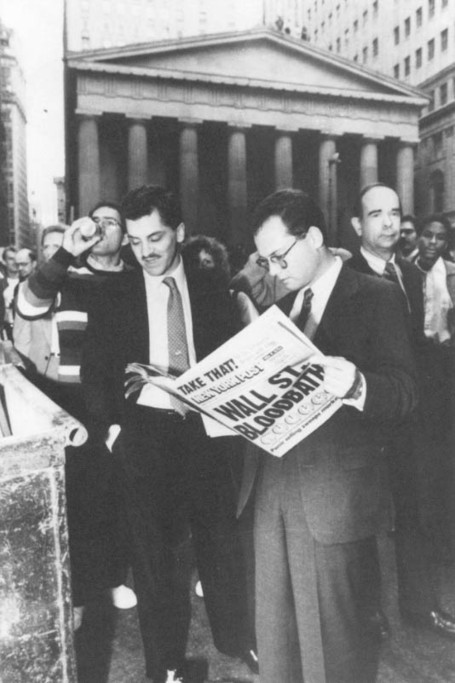 It's weird, but I just heard something the other day about some sort of 'economic downturn'. Um, why isn't the media covering this?

Anyway, for anyone who's looking and happens to be one of those web developers and want to catch on with a cool outfit like SB Nation, they're hiring. Fair warning: if you're as baffled by a phrase like "coding a Ruby on Rails application backed by a MySQL database and running on Linux servers," as we are, you might not want to click on that link.

And yes, we're posting this because we believe that it could help us personally if one of you gets hired. 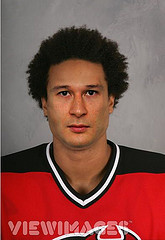 Yeah, that's some sort of Paul Kariya/Johnny Oduya morph. Good luck getting that out of your brain.

Of course, if you're one of those people who slow down at crash sites on the highway (I know that's all of you), there's plenty more where that came from at the NHL Mutants page.

And you can thank James Mirtle for all of that, too. He sent the link, I blame him.

You Guys Rule. This site has only been in the new format for a couple days now, but you all have moved in like old college buddies who just rolled into town. We don't even mind that you're going through all our drawers and cabinets and eating all our food because you're cracking us up so much.

Keep rolling on the FanShots and FanPosts, as that's our answer to having a message board. Because let's be honest, message boards are played out.

If we're not covering something on the front page that you want to talk about, fire it up on the sidebar. There's a good chance it'll get promoted if it gets momentum.

Your Project Mayhem assignment for the week: 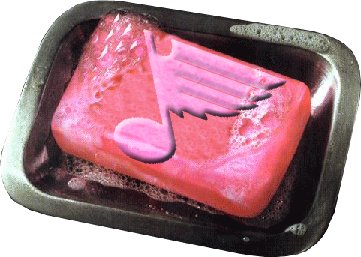 As we've already mentioned and you already know, message boards suck. We can't even go to the big ones that cover the Blues anymore because they make our heads feel like they're going to explode.

But there are good people out there on those boards. They're getting harder and harder to find, but they're out there. Your assignmentis to recruit one good new person to leave the dumbass board behind and to come here.

Now you can't just post on the board, because that'll have the opposite effect: every moron there will show up here and try to wreck what we have going on. You gotta bring in one good guy while keeping in mind one of the many GT slogans: Don't Tell Nobody.

And remember the first rule of Project Mayhem....

And finally, welcome, Yonas Yunland. We've been waiting for you. But don't expect us to really call you Yonas.