There should be a law about games starting this soon. Between the local propensity to freak the fuck out every time the weather gets even slightly weird and the fact that everyone who drives like shit also has a propensity to cut right in front of me when I'm trying to get somewhere, there was no way we could get the GDT up on time.

On top of that? Brad Lee's work boss wants him to work this week. Bunch of bullshit that is, too.

So, rather than putting up a preview (by my clock the game is starting right about...now) I'll point you over to our SBN Caps page, the always impressive Japers' Rink. You'll notice that they had their GDT up over 11 hours ago. Overachievers.

'Course, if he's feling as pensive as he is in this shot, maybe the Blues can shut him down. 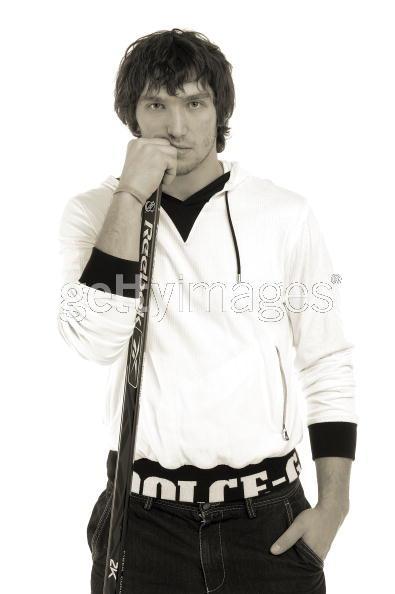