Man the Blues could use a win tonight against the visiting Minnesota Wild.

They're currently riding a five-game winless streak. If they lose tonight, look at the schedule up coming. With the hot Bruins Sunday, at Detroit then hosting the Ducks, the Sharks and the Devils, it's realistic to say that if the Blues don't get a win tonight, they could end the calendar year with 10 straight losses. Suhweet.

But before we start binge drinking over those upcoming opportunities for heart-crushing failure, let's talk for a second about the self-proclaimed capital of American hockey. 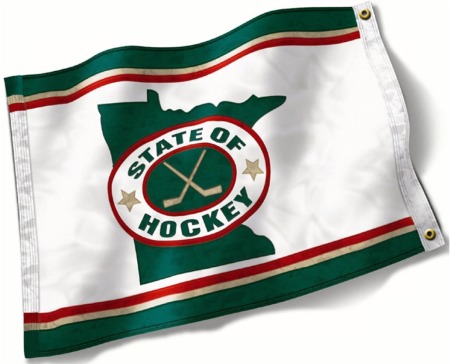 That's about as big a douche bag move as declaring yourself Hockeytown. At least Minnesota still draws well.

The oft-injured, much-criticized Marian Gaborick returned to the Wild's lineup last night in a win over the bad New York Islanders (yes, I know the Blues lost to that horrible team early in the year). The Blues are one step away from having open tryouts the next time a player goes down. No Brewer. No McKee. Legace could be back. Could be an interesting night.

No live blog. Just you and your commenters, given pretty much free reign to horrify and offend other SB Nation blogs. I can't wait until the live blog vs. the Red Wings next week.

We'll have a wrapup late tonight and another open thread Sunday. Join us, won't you?