You Write The Comedy Victory Saturday

Share All sharing options for: You Write The Comedy Victory Saturday

If you were to tell me Friday night's game in Vancouver was going to end 6-4 beforehand, I would have said something like, "I guess Sundin is going to shake off the rust. But four goals for the Blues is something to build on." There's no way I would have expected the Blues to win that game. But they did, in impressive fashion.

There was much whooping and fist pumping while the late night crew filled up the comments with more than 660 shortly after game's end. On a Friday night. With a Western Time Zone game. Color us impressed.

So you're Mats Sundin. You just saw the game slip away while you were on the ice and you happen to be near the celebratory group hug. What would you say? What would you hear? Tell us in the comments. 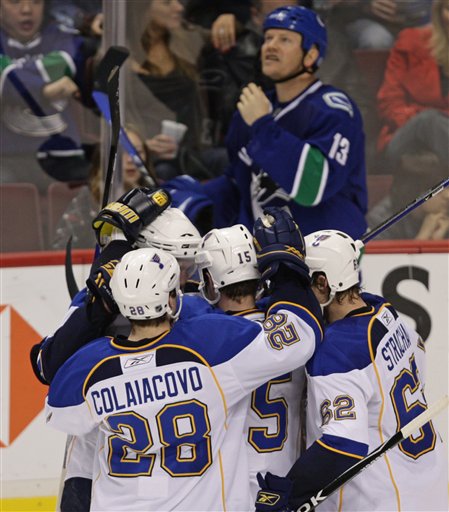