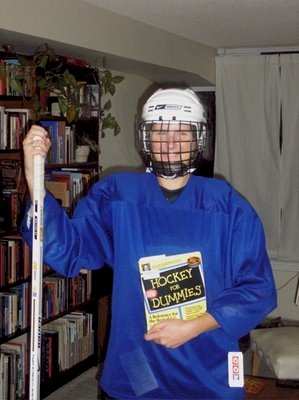 I’m glad we got a chance to speak Friday night at the public skate.  I’d like to reiterate a few things to you.

First off, the reason why I asked you if you had a hockey game that night is because you were wearing hockey gloves at a public skating session. Maybe you were trying to break them in? Why did you take offense to it? Is it because you are a low-life piece of shit trying to show off for some 12 year old girls when you are clearly over the age of 21?

Once you conveyed to me you don’t play on a hockey team, I am still confused as to why you’d wear hockey gloves to a public skating session. They clearly aren’t used for warmth.

Secondly, I asked if the dude with the moobs you were with was your lover because you two were skating so closely together. It was either that or you two were coordinating how you’d get to the next “Meeting of the Juggalos”.

I’ll be extremely honest with you. If the Answer Man Crew wasn’t on our outing as “Positive Adult Role Models” that evening, I would have dragged you off the ice and beat you senseless in front of the little kid you knocked down.

That’s it for now.  Have a great night with Moobs and tell ICP they suck.