Quick poll below. Be honest. It's anonymous.

Scoreless after the first period, the Blues are trying to keep their two-game win streak going. And Federko wants you to know the period played EXACTLY how he thought it would. He's said it three times. 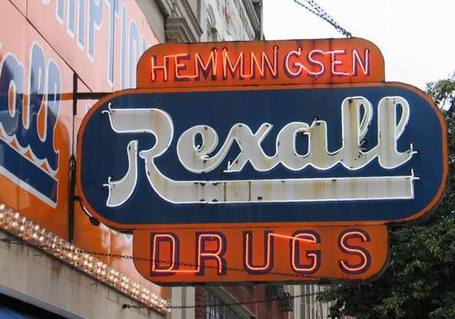 More at the drop of the puck.

Kelly, going to commercial as the camera from across the rink pans out showing their broadcast location: "We're high here tonight at Rexall place." Well that explains why Bernie Federko says so much fucked up crap.

17:34 Berglund with the nice shot. Notice how Perron was strong on the puck as he was checked? He took the hit, kept his balance and got the puck out front. Very good sign.

Do they have hot ice girls in Edmonton?

17:16 STASTNY scores! Nice play from McClement getting the puck on, staying with the rebound and then getting it back to Stastny in the crease.

And Federko about had an aneurysm trying to describe the play. Good thing he didn't have to say Colaiacovo at the same time.

16:00 I think it's funny we have more people from outside St. Louis following along watching on the Internets. The comments act as a spoiler for people seconds behind.

15:25 Blues shorthanded by the way. Spoiler alert: the Blues just cleared the puck.

13:50 The Blues are on the power play again, but you couldn't tell by the offensive chances for Edmonton.

13:15 How are there THREE Oilers players by the Blues' net when they only have four on the ice?

10:45 The ice looked unbelievable on that goal. Commenter Dominik (check out his Islanders site) was right.

10:22 Iceberg in the box, feeling shame for playing physical.

9:07 The referees just called the weakest hooking penalty in the history of organized hockey. Blues getting the advantage.

7:00 With how this power play looks tonight, they're going 0-fer. Not getting any breaks, not creating good chances. Just isn't clicking.

I hope we didn't lose a lot of readers to the Golden Globes awards on TV. I'm sure lots of our regulars watch them religiously.

I think I have ADD.

4:30 I think there's a reason why Strachan doesn't shoot the puck much. And we just saw it as he got his shot caught in the skates of an Oilers player.

2:50 Not a lot of good chances for either team lately. Both seem somewhat content to go into the third tied.

2:05 Brule almost got his second of the game as the above comment was posted.

0:55 John Kelly has a man crush on Sheldon Souray's shot. Not Souray, just his shot. They're bombs.

And I kind of liked the long pants on the Flyers even though it looks like a rollerhockey interview.

LOOK FOR THE COMMENT SAYING THIRD PERIOD IS UP.