And the hits just keep on comin'... (Updated AGAIN!)

Share All sharing options for: And the hits just keep on comin'... (Updated AGAIN!)

The Blues have recalled Dancin' Stevie Wagner from Peoria, which was shut out 2-0 in San Antonio Sunday despite getting 47 shots at Rampage goalie Josh Tordjmann. 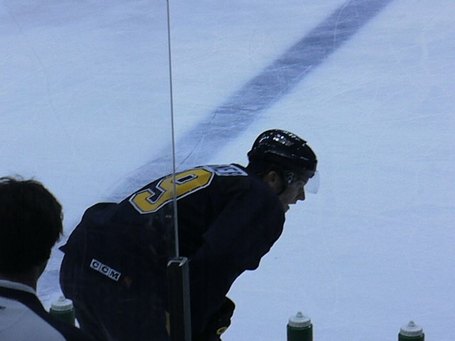 During the Rangers-Pens game Sunday afternoon, Mike Emrick mentioned that the Rangers had lost only something like 10 man games to injury this year.

Contrast that with the Blues...

...if it wasn't for bad luck, this team wouldn't have any luck.

UPDATE: Doc obviously has been reading Mirtle's blog. The Rangers have only lost 10 man games all season, the fewest in the league. The Blues, not surprisingly, have lost 260, second most to the Islanders' 276. You extrapolate that out over an 82-game season and the Blues are on pace to lose the services of injured players 485 times. Wow.

To compare, all of last season the Blues lost 156 man games. In other words, more than 100 less than they've lost half way through this season. And now you know why the Blues are in last place in the Western Conference.

UPDATE TO THE UPDATE: The Blues have lost yet another European prospect, as former first-rounder Marek Schwarz is apparently headed back to the Czech Republic.

The word is that the Blues have bought out the remainder of Schwarz' contract (which was up at the end of this season), but we have no confirmation of that as yet.

With Manny Legace apparently injured (again), the Blues will likely be bringing Ben Bishop back from Peoria, leaving Chris Holt to carry the load for the AHL club for the time being.