Hopefully it's a real barn burner tonight in Chicago. 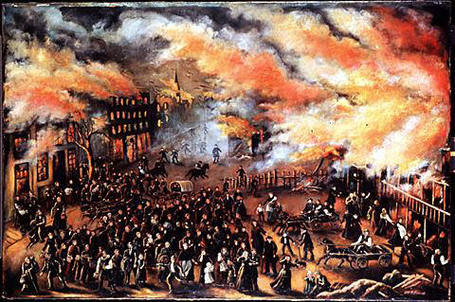 The Blues and Hawks skated in St. Louis Saturday night and the Hawks were lucky to get away with a 2-1 overtime win. It sucked. But it was also a sign that the rivalry is back. There were a couple fights, lots of physical play and hard feelings on both sides of the ice. It could be an interesting rematch with this game coming less than a week later.

Rutherford also mentioned that injured center Andy McDonald took a tumble during practice today, hit the boards, threw his stick to the ice in frustration and limped off the ice. That can't be good.

We'll do this rematch GDT style. If you want to drop some love on the Hawks fans, don't forget about our friends at Second City Hockey.

And we'll see you in the comments.