Share All sharing options for: The Keith Tkachuk Show: The 2009 NHL All-Star Game

Or maybe not. But as the sole representative from the Blues, we'll all be pulling for Big Walt to have a good game. Who knows, maybe it'll make his trade value higher come deadline time. 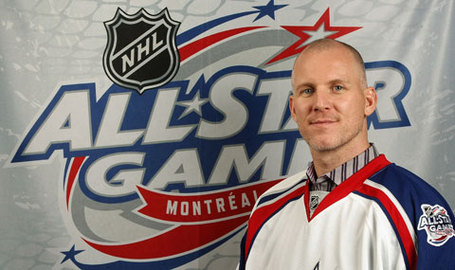 With the yawner exhibition high-end competition taking place at a later time than usual (5 p.m. Central) this year, we may actually watch it rather than take our annual All-Star game nap.

Then again, it's on the Versus network in the U.S. so many of you may end up watching college basketball instead simply because you have no choice.

For those of you looking to swap some snark, this would be your game-day thread.