Hey, it's hockey! The last eight days have felt like a month with the Blues sitting around on the beach. The break is over and the Blues are back tonight vs. the Ottawa Senators. Here's a recent team photo. 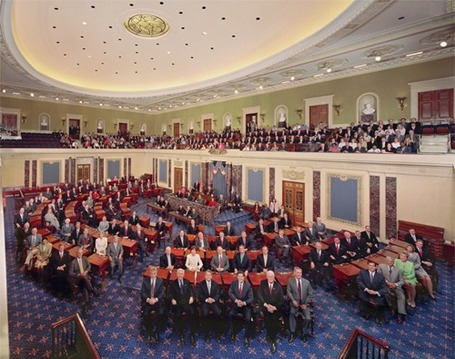 Many, they look old.

Jeremy Rutherford reports that Chris "I Look Like A Game TIme Commenter" Mason is in goal tonight, and if he plays well could get the start Saturday against Philadelphia. Meanwhile Andy Murray is still referring to Legace as the team's starter. No, no controversy here. Move along.

Murray also spoke to the Down With OPB line about playing a higher intensity game after they were lackluster against Chicago right before the break. So maybe they'll have some extra jump. Also in Rutherford's blog, it kind of sounds like Murray thinks TJ Oshie doesn't train hard enough. Possibly too much Rock Band?

Well there you have it. The comments are all yours. I'm sitting with Gallagher and hopefully having a photo shoot during the game. That's alll I'm alllowed to say at the moment. We'll see you in 500 comments and hopefully a Blues win.