Where Are They Now - Paul Kariya

Share All sharing options for: Where Are They Now - Paul Kariya

If you check the statistics, winger Paul Kariya played with the Blues as recently as this season. Personally, we don't remember it. Was that back in the days of DJ King and Andy McDonald? What about that Erik Johnson kid, was he on the team back then? 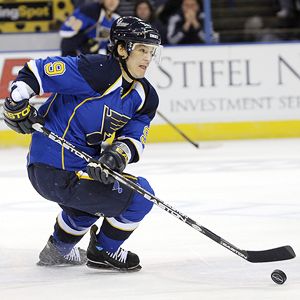 Hey, look at him go!

Anyway, we decided to do a little digging.

Paul Kariya, it turns out, is still on the Blues. Although, you won't be seeing him anytime soon as he just underwent surgery on his hip and is out indefinitely.

Then again, stranger things have happened before. Like when Kariya returned from a really devastating Scott Stevens check later in the same game and scored a crucial goal.

Hey, at least we can look forward to the marketing that will surely surround his return. It'll be like the Blues just signed a brand new guy.