Share All sharing options for: Junland an AHL All-Star; Turek in Peoria

Blues' prospect Jonas Junland has been named to the AHL PlanetUSA Team for the 2009 AHL All-Star Classic on Jan. 26, 2009 at the DCU Center in Worcester, Massachusetts. 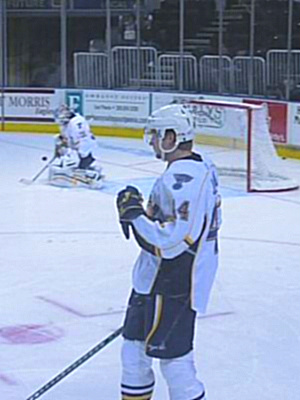 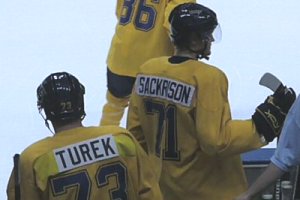 Turek, a six-foot, 185-pound swingman, is capable of playing either forward or defense; he played primarily forward in the USHL with the Omaha Lancers, and has been primarily a defenseman with Michigan State. The junior from Northville, Michigan was recently dismissed from the Michigan State hockey program for "failure to meet expectations," and had amassed 0-9-9 totals, with a minus-8 and 62 PIM, in 80 career games with the Spartans.

"If we do not prepare for ourselves the role of the hammer, there will be nothing left but that of the anvil."