Blues Fans May Be Bitter, But Don't Say We're Jealous

Share All sharing options for: Blues Fans May Be Bitter, But Don't Say We're Jealous 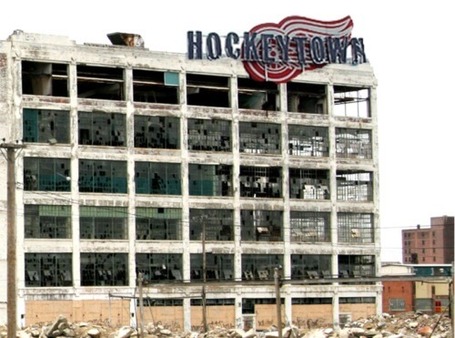 It's become kind of a tradition around this corner of the Internets to hate the Detroit Red Wings. It's an emotional release, a celebration of everything St. Louis Blues. It's also a helluva lot of fun, mainly because a large number of Red Wings fans are humorless and over-sensitive and don't get it.

Often when we post a rant about the Wings, one of the most popular responses from the Detroit faithful goes a little something like this: You're just jealous.

Oh sure, they throw in a "Blues suck!" and "How many Cups have the Blues won?!!" And they often call us Bitter Blues Fans. That's fine. If that's all they can come up with, it illustrates the point about them being unoriginal and uninformed. And that part about being bitter shows how condescending they are.

I do not like how the Wings have dominated the division, helped drive salaries out of control forcing the most recent lockout and for the most part kicked the shit out of the Blues in recent years. Does that make me bitter? Maybe, but not in the way they mean it. The bitter part insinuates that I wish I was a Wings fan or I wished the Blues had the Wings players on their squad. Outside of Pavel Datsyuk and Henrik Zetterberg and maybe a younger version of Nicklas Lidstrom, there aren't any players I would like to have in St. Louis.

Kris Draper and his husband Kirk Maltby have won a ton of games, their names are on the Cup multiple times and they are beloved in the self-proclaimed Hockeytown. I would rather root for the Blackhawks than see either of those pricks play for St. Louis. No one liked Chris Osgood when he was here. Don't get me started with Tomas Holmstrom.

I yearn for the Blues to thoroughly beat the Red Wings on Friday and Saturday in Sweden for one main reason: it would validate the progress the team has made. It would signify the team turning the page on the past and focuses on being a winning team. Two great games would force the people talking about the two-team race for the Central Division to reconsider their prognostications.

Fans of the Detroit Red Wings expect their team to win every year and look down their noses at the rest of the league. It's time for a reality check, douche bags. Your reign is over. Let's drop the puck already.