Share All sharing options for: Blues' Morning Skate... text, pictures and... a video!

Reporting about the Morning Skate! In two parts, and here's the first... part 2 in a couple of hours...

Now let me start by saying that last night once again it became obvious that British and Australians are really good at drinking... ‘Good’ as in fast. And much. They can drink. Un-be-lieve-able…But I survived. And it was fun.
Anyway, let’s go on to what you came here for in the first place: reading our reports about the Blues in .

I’ll split it up, so you have two nice things to read in the coming hours, leading up to the game tonight.

Part 1: about the morning skate

Part 2: Interview with John Davidson (he's on crutches btw!), Chris Kerber and Andy McDonald about the Blues in and… also about YOU (yes, you are reading it correctly, I asked them about the fans and Game Time).

So, here we go!…Part 1: the morning skate (and some pics and a video to give you a behind the scenes look)

Read on, my friends.

There you have it, the Blues’ morning skate captured in three short sentences.

had its morning skate first, at 11 am. At noon it was ’ turn. Coach Andy Murray and his staff were serious about this morning skate, the players as well. Some nice moves, some nice practice drills.

It was a good morning (also a goodmorning!) skate – not that I have seen many of those before ofcourse. But it seemed to me like the players were having a good practice and a good time…. Mind you, the Globe Arena is a spectacular sight… Too bad all the seats are in red though…. ;)

It was good to see a great team spirit on the ice in this morning skate. Players were having fun with one another. There was laughter, there was joking around. For instance at the end, when Brad Boyes, Andy McDonald, TJ Oshie, Alexander Steen and David Perron were shooting pucks or deking at Ty Conklin in a kind of shootout-practice. It’s only one example of many from which you could see that the Blues are really enjoying themselves.

And more importantly: that they seem to be full of confidence for the matchups against ...

Here is a video I uploaded....! And here are some pics as well….ENJOY and come back in a couple of hours for part 2...! 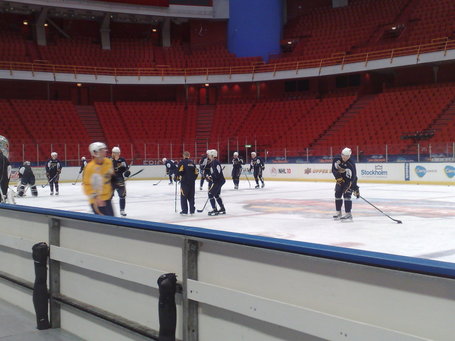 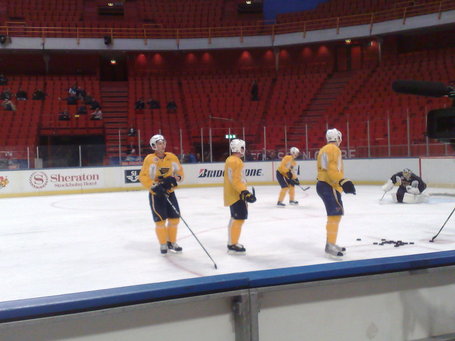 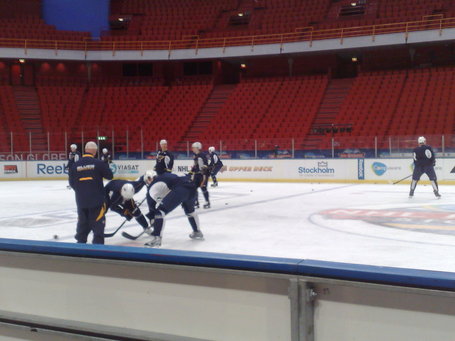 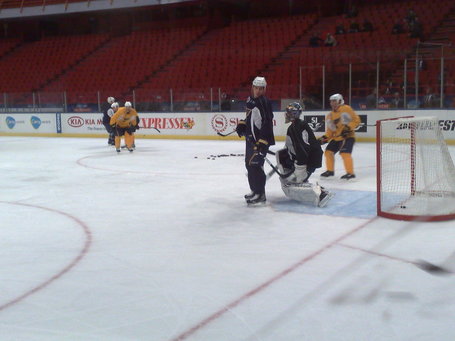 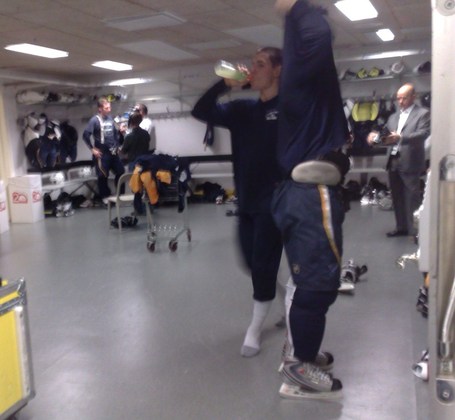