Sunday Funday in Vancouver: Your Blues at Canucks GDT

Share All sharing options for: Sunday Funday in Vancouver: Your Blues at Canucks GDT

There's not much I like about the Vancouver Canucks. Which is not to say that I hate them, because most of my hate is taken up these days by the Detroit Red Wings, their fans, wasting my time at home games and the fact that Family Circus is still in the newspaper every day, meaning that someone is still collecting a paycheck for that shit.

And now we're ready for a Rainbow Party.

But the Canucks do have some kinetic hate. There's the playoff loss from last year that came after the Blues had emptied their emotional and physical tanks just to make. There's the trash-talking about David Backes' wife that was initiated by Ryan Kesler and Alexander Burrows (Kelly Backes is a saint! A SAINT!). This is the team that proudly counted Todd Bertuzzi as a member for the better part of a decade, a decade during which he perfected the whiny-face and tried to kill a grinder who had already answered the bell for his indiscretion during the game. Plus, they have the creepiest twins in all the land: 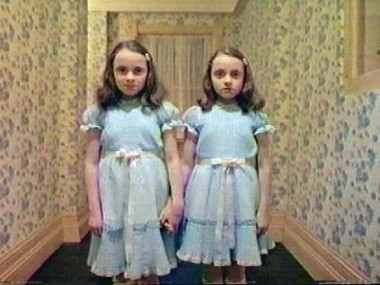 And they have Roberto Luongo, who's greatest asset might be the creepy, greasy guido look he's got down: 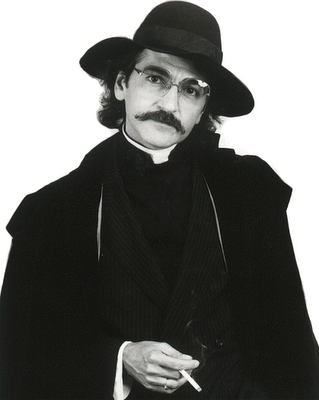 You know that's distracting to shooters.

But all that said, the Canucks are a good team. They are 20-15-0 and currently sitting in 10th in the Western Conference. A win tonight would bump them into the top-8, so they'll be looking to atone for their embarassing thrashing in St. Louis on Nov. 10 (6-1) and to put themselves back into the playoff picture.

As for the Blues, they're on the road, where their record is excellent. A win tonight would propel them out of 15th place in the West up to 12th in the conference with games in hand against everyone above them. A win would go a long way to taking the pressure off of coach Andy Murray who was given the mixed message via the media that his job is safe... at least until Christmas. Isn't Christmas this week? Isn't that the same kind of promise you'd make to a Christmas goose?

Looking for effort, looking for consistency, looking for something that suggests that the players don't want Murray to get fired. That is what we're looking for tonight. Game is at 9 tonight on FSN. The other half lives over at Nucks Misconduct. This is your GDT.