The New York Rangers come to town tonight. I'm not saying they're a slow team or anything, but this is an action shot of goaltender Henrik Lundqvist from Sunday's 5-2 loss at home to Philadelphia. 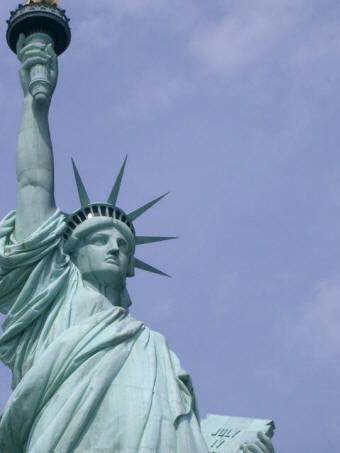 While the Rangers are still in sixth place in the conference (pretty comfortably at the moment), this hasn't been a smooth season. High-priced forwards Scott Gomez, Chris Drury and Markus Naslund are playing slightly above average at best, big disappointments when considering their salaries. It's gotten so bad, they're actively considering bringing back Sean Avery. Seriously.

Our friend Puck Daddy over at Yahoo! Sports had an interesting post up today about the Rangers and how head coach Tom Renney may be a loss or two away from the unemployment line.

Coach Tom Renney has been on the hot seat for most of this season while his Rangers have been a characterless, tepid and ineffective collection of ill-fitting parts. In fairness, that collection is also currently the No. 6 seed in the Eastern Conference, and Renney's maligned defensive system is the reason why -- for better or worse.

Puck Daddy linked to a Newsday column from Steve Zipay which mapped out a course for Renney's firing after fans in the upper reaches of Madison Square Garden started "Fire Renney" and "Fire Sather" chants Sunday afternoon.

My growing suspicion is that if the Rangers don't respond with wins Monday in St. Louis and at home against the Islanders on Wednesday, the successful coach of almost five years may not get a reprieve.

No one is saying anything publicly, so this is pure speculation, but Renney then could be moved into the front office as a player personnel exec and Jim Schoenfeld asked to serve as interim coach for the remainder of the season.

That's Jim "Have another doughnut!" Schoenfeld to most.

So in other words, losing to the Blues and the Islanders in the same week is enough to get a guy fired. Good to know.

REMEMBER, it's a 6 p.m. game tonight at the DrinkScotch Center. The game will be on the Bull Riding Network, or a live stream near you if your cable or satellite company has sought to deprive you of your deer hunting television programing.

We'll see you in the comments.