Sorry we're late. These 6 p.m. CST games kind of screw up our timing.

Blues are in Columbus tonight. Most residents of that fine Ohio city would probably rather be here: 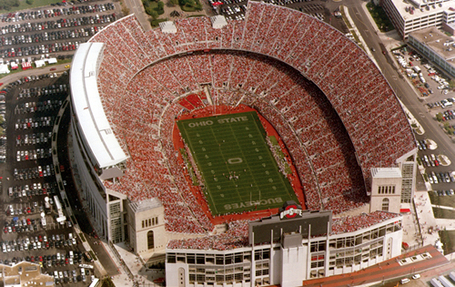 Jeremy Rutherford says the Blues will have the same lineup as the last game.

Columbus is actually not that bad this year, firmly in the playoff race. The Jackets are actually pretty hot right now. Their last game they lost in overtime 3-2 to Dallas. Before that they had won four games in a row. The post game buffet was most likely epic each night.

They still have a fat coach. It's a franchise that has never made the playoffs. We're set. Let's go!

See you down below in the comments.