OK, fine, we know it's actually the Sommet Center or some such nonsense, but as one of our observant commenters noted during the last game against the Predators, 'It'll always be the Gaylord to me." 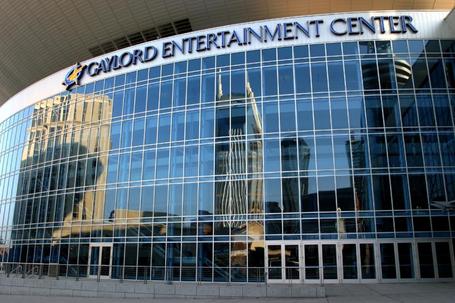 Who's up for some Gaylord Entertainment?

Might as well address the elephant in the room right at the top: we all remember what happened the last time the Blues went to Nashville. Rather than rip the scab open again, here's the synopsis for anyone who has obliterated those particular brain cells: two goal lead become one goal lead, Fragile Jay Mckee gets a sweet assist on a tip-pass to a Predator who ties the game with three seconds to go.

But tonight is a different night and as mentioned in the linked Mirtle article below, the Blues have gone 10-6-4 since your New Year's Day hangover. the Preds have gone 10-12 in that same time. Suck it, Nashville!

The Predators' top scorer (with an unimpressive 41 points), J-P Dumont is listed as questionable for the game, leaving Jason Arnott (38 pts), Martin Erat (35 pts) and Shea Weber (33 points as a defenseman) to carry the offensive load.

And Jordin Tootoo, who missed the last game against the Blues, is still shouldering the douchebag load. 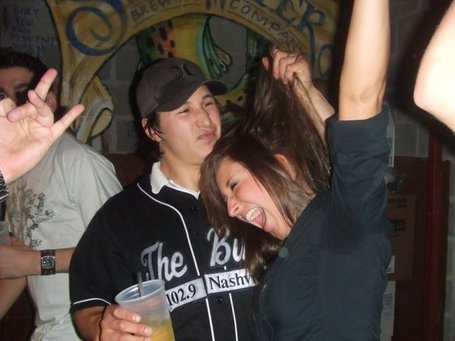 Tootoo proves that he's an agitator even when he's away from the rink.

This is your Game Day Thread. Do. Your. Thing.