File Under W, T And F

Share All sharing options for: File Under W, T And F

If you're like us, you're spending your Friday busting your ass to earn that dollar for the company that is so kind as to keep you employed during times like these. Or you're like were back in our school days and you're making sure that you are on your way to that must-be-important Friday afternoon class on the far side of campus. can't cut class, even if it is Friday.

But others might not be as dedicated as you. Those others might, you know, cut class to stay in their nice warm room on campus and crack open an afternoon beer. Or maybe surf the internet just a little on company time with one eye peeled for the boss strolling into your section of Cubeville. 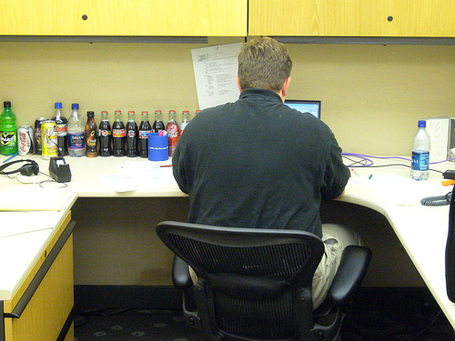 If you're one of the others and you find yourself typing "St Louis Blues" into the search bar at Ebay might just be surprised at what you find...

Find yourself in the market for a new Blues hat? Think the idea of a 'Vintage' hat sounds cool? Hellz yeah. A great combo of love for your team and some old-school street cred? Not so fast, budday. 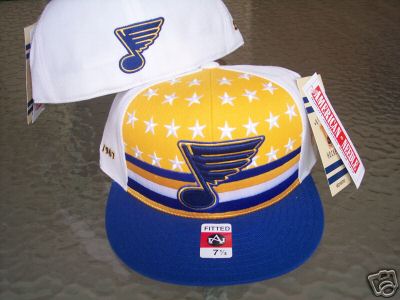 We're not sure what's worse, the high front, the inexplicable stars or the captain of the ship gold piping where the bill meets the hat. Uck. 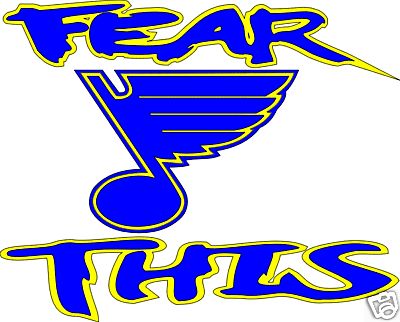 Need to get rid of a woman fast?

It's too late for Valentine's Day, but when you're a neanderthal man who's also a hockey fan, it's never too late to give your girl the exact wrong gift!

Here's the perfect item for any guy who is tired of getting laid too much. Tell your girl you got her a new watch, let her get excited and then drop this bad boy on her. 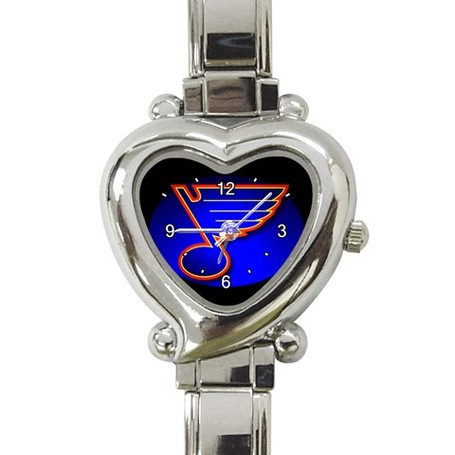 Aye-chihuahua! What, were they all out of bowling balls with your name written on them? What better way to tell the world that you don't really respect your woman?

For the indecisive out there...

It's the great dilemma of going to a hockey game during the spring: how to support the team but not be too hot in that hockey jersey. The answer is simple, friends. Just mutate a hockey team's logo and name onto a fucking baseball jersey. 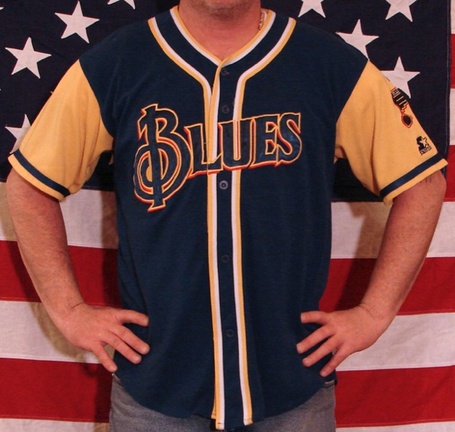 Ug. I don't blame the guy for cutting his head out of the picture. Wear this to the game if you want all of your friends to make fun of you. Or wear it to your beer league softball games if you want to be the biggest tool in a whole giant box of tools.

If someone ever buys this for you, they hate you. 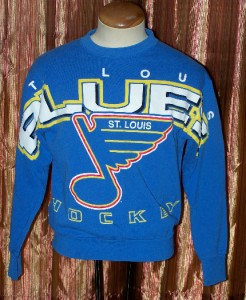 We believed as much as anyone that Peter Sejna was destined for greatness with the Blues. Hell, he scored his first NHL goal in his first NHL game and he scored it on Patrick Roy. It was a steady down-hill after that.

Somehow these guys seem to think they caught him in action though. Crazy. 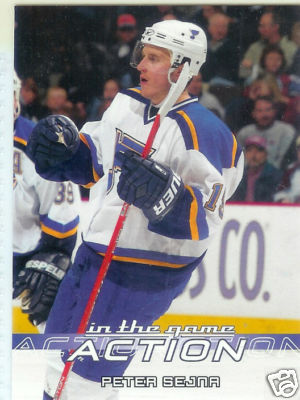 Hey, Detroit doesn't have a stranglehold on all the worst ideas.

Not to be outdone by a terrible metallic team purse that can be purchased for Red Wing fans, ladies who love the Blue can show the world what up when they step out with this bad boy. 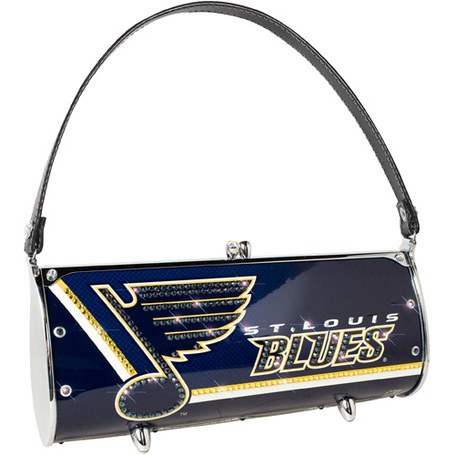