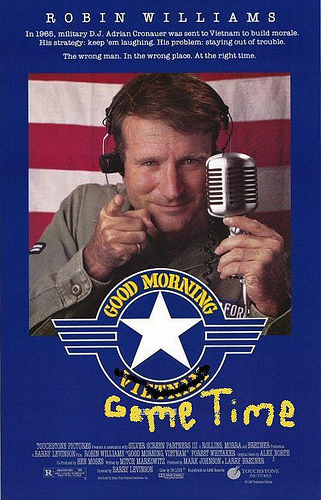 It's Saturday, and I hope that means you aren't reading this until sometime near the noon hour after catching up on some sleep. If not, tough shit, I hope the publish timer thing worked and you're able to read this early on your way to whatever you're doing. Oh, and thanks to Brad and Sean for letting me and averagejoe raid the refrigerator on this site. We won't touch the beer. (yeah,right)

And on to the news!

Colorado over Washington, Hurricanes beat the Lightning(s), and (Fuck) Detroit over Anaheim

The Detroit result can be taken one of a few ways. For instance, "Damn Dead Things got another 2 points!" On the other hand, this does keep the ninth-seeded Ducks that much closer to us in the standings. I'm sure there's some middle ground in there somewhere.

For tonight, here's a schedule of all the games tonight.

Oh wait, there was this thing on the Habs involvement in organized crime on Habs Eyes on the Prize

Looking to kill some time on YouTube? Here's a start for you:

And in other news:

I'll get better at this as time goes by, I hope. Until then, Go Blues!