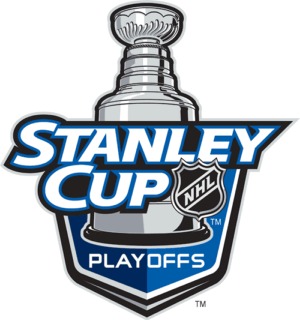 So It's probably still a pipe dream at best, the Blues remain in position to make a late push for the postseason. Now a list of things for the Blues to do that would improve their playoff chances probably could begin and end with WIN. But that's no fun. So here's what I think the Blues need to do for a playoff run.

1. The Blues need to win in regulation and not in the overtime or shootout against the teams around them in the playoffs. These fucking three-point games are what is keeping the standings all bunched up. When the bottom eight teams in the playoffs are separated by five points, it says the Western Conference is deep and dangerous. And it also says the 39 points those eight teams have earned by losing in overtime and the shootout have only added to the clusterfuck that is the standings.

2. Chris Mason has to keep playing like he's been playing. He's 5-2-2 since being installed as the starter after a 4-3 shootout loss at Detroit Feb. 2. Including the 13 saves on 13 shots when he took over that game, he's stopped 231 of 249 shots, a save percentage of 92.8 percent. Over a full season that would rank third in the NHL. In his nine starts in that span, including the 6-4 loss to Vancouver (which included an empty-netter) and the 4-3 loss to Columbus this week where he was pulled, he's allowed 18 goals, or just two a game. Every game the Blues have been in a position to win. Mason has one shutout this month, a 1-0 win over the Blackhawks in an uninspired game from Chicago. They won Thursday 2-1 at Nashville, a team Mason plays extremely hard against. In other words, Mason hasn't really stolen any games for the Blues in recent weeks. He may have to do that for the Blues to make the playoffs.

3. The Blues cannot afford to trade Keith Tkachuk. They need leadership, they need production. They need toughness. Big Walt is still dangerous on the power play. And as he showed Thursday night in the overtime, the dude still knows how to take up space in front of the net and take out the trash in the crease. Sure, a prospect or draft pick or combination there of would be nice. But that doesn't help this month. And don't think for one second that this team would do almost anything (except trade picks or prospects) to make the playoffs for the first time under the new ownership. Keeping Tkachuk would be the first decision this team has made for just the short term, but it would be the right one because making the postseason definitely helps in the long term.

4. The team needs to take fewer penalties and remain strong on the power play. The loss in Columbus relates directly back to Barret Jackman getting whistled in the first minute and the Blue Jackets scoring quickly on the power play. If they can manage to stay out of the box, that will only help them keep the other team off the scoreboard. The Blues have been potent with the man advantage all year. They have to keep it up down the stretch.

5. Andy Murray has to find a way to win. The Blues have faded badly down the stretch under his watch. Injuries and deadline deals have played a part in that, but to have it happen this year would be a trend instead of an excuse. Murray, who just won his 300th game in the NHL as a head coach on Thursday, is hard-charging guy. The danger is that his message gets lost at the end of a long, grueling season. He has to keep this team plugged in, fresh and hungry. They make the playoffs, Murray deserves the Jack Adams Award as coach of the year.

So commenters, what do you think? What would you add to the list? We'll have a game day thread to occupy your time closer to game time.