Share All sharing options for: Blues Now Have Air Support

Say the Blues are losing to Detroit next month. Perhaps the Red Wings goaltender is shutting the Blues out and just can't be cracked. Heach coach Andy Murray can now call in an airstrike and have a bunker buster bomb dropped on the Wings. It could happen. 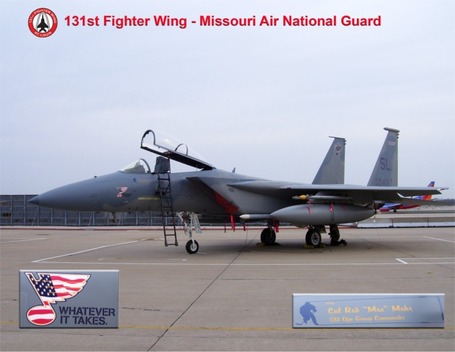 An F-15 Strike Eagle with the 131st Fighter Squadron with the Missouri Air National Guard now flies with a patriotic Blue Note just forward of the cockpit with the team's "Whatever It Takes" mantra. On the inside of the tail fins, there are more traditional team logos. The Red Wings have their own passenger jet. The Blues can shoot it down. 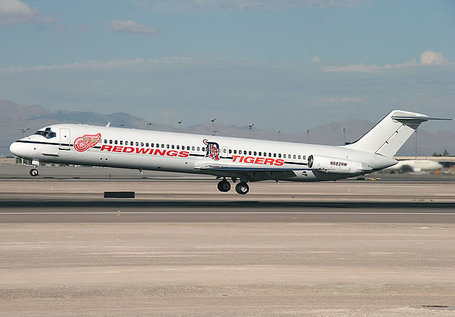 The fighter is stationed for now at Lambert International Airport where the wing routinely launches training missions. The bad news is that the squadron is expected to be relocated to Whiteman Air Force Base outside Kansas City later this year because of base closures. The kind person who sent us the photo said there are no plans to take the Blue Note off the aircraft after the move.

So if Murray needs a GPS-guided bomb on target next fall, he'll just have to make the call a little sooner. 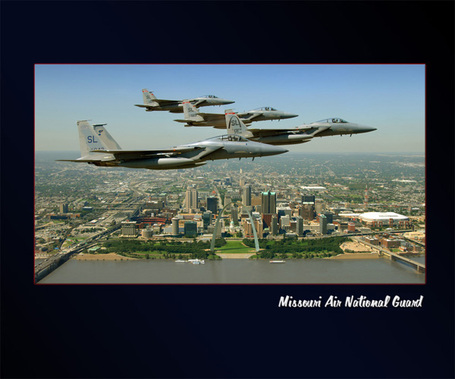