Let me introduce myself…

My name is Rich Horton.  I was born and raised in St. Louis, though I now find myself living in the wilds of west central Wisconsin, teaching political science and philosophy.  (Hey, they make cheese and brew beer here…. How bad could it be?)  In order to keep my St. Louis sports connections lively, I’ve been writing a sports blog called (Get) A Sporting Life for over two years now.  (Shit, that’s actually true. I looked it up.)

Apparently in a fit of absentmindedness,  the St. Louis Game Time crew has invited me to contribute to whatever the hell you call this Sodom and Gomorrah of a website, and quicker than you can say "Greg Paslawski" I accepted.  To that end I am adopting the nom de guerre "The Hockey Prof."  However, I am not to be confused with Ron "The Professor" Caron, even though there are disturbing similarities in our respective histories.  For example…

The Professor: Born in Canada.

The Hockey Prof: Once ate a falafel in Toronto.

The Hockey Prof: Once tied for fifth in his hockey fantasy league.

The Professor: Once traded for Garth Butcher.

The Hockey Prof: Took up drinking because The Professor traded for Garth Butcher.

The Professor: Known for going nuclear in the owners box whenever a shitty call went against the Blues, delighting fans who appreciated his passion.

The Hockey Prof: Known for going nuclear in his living room whenever a shitty call goes against the Blues, pissing off his wife who would appreciate it if he just shut the fuck up. 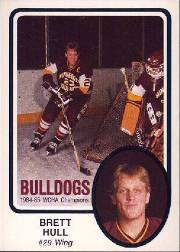 The Hockey Prof: Correctly predicted Lisa Matthews (Miss April) would be Playboy Playmate of the Year for 1990. 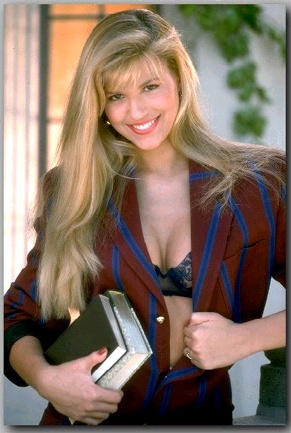 The plan is for me to contribute my lucid and well thought out observations, which may come in the form of hysterical diatribes, every Friday between now and the Second Coming…  Or sometime thereabouts.

Thanks to the SLGT gang for inviting me aboard.  Whatever happens, it should be fun… or horrifying... or both.