Trending Up, Trending Down; Your Blues vs Coyotes GDT

Share All sharing options for: Trending Up, Trending Down; Your Blues vs Coyotes GDT 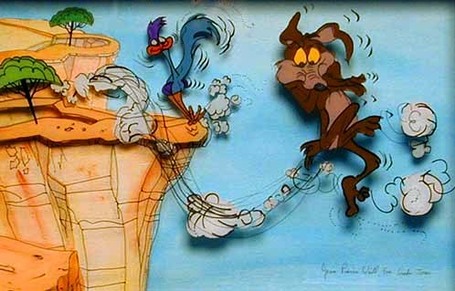 As the Blues now consider whether they should be sellers at the deadline or should somehow become buyers in an attempt to make the playoffs (please, Bernie, we love ya, but starting Perron-plus for Pronger rumors is like starting a brush fire), the Coyote faithful are already figuring out which pieces they should bust off and sell at auction next Wednesday.

One of the top assets they have to move is current holder of the Ugliest Man in Hockey Award, Olli Jokinen. After coming over to the desert this summer for Nick Boynton and Keith Ballard, the giant-headed Finn has disappointed and could find his way out of town shortly. He's second on the team in scoring, but after seasons of 71, 91 and 89 points in Florida, the Coyotes were hoping for more than his current 41 points in 56 games.

Shane Doan is the Coyotes at this point. The final player on the team with ties to the Winnipeg Jets, he is their captain, their top scorer (23 G), their top playmaker (31 A) and their top power play threat (8 G, 10 A; both tops on the team). No word on whether or not he also built their arena by himself.

And yes, the arena they play in is called the Jobing.com Arena. You're gonna have to make your own jokes on that one. I'm just too tired.

Having just played these guys a couple days ago and having held one of our party-gypsy GDT things with them, we know the guys and gals over at Five For Howling are a good bunch, but we're just gonna stay and hang out in our own GDT tonight.

Game time is 8 p.m. Central, game is on Channel 11. And this is your game day thread.