Don't look now, but the Columbus fucking Blue Jackets aren't that bad. We swear, go check it out. They are actually in some bastardized 5-way tie for fifth place that actually finds them in ninth place. Somehow that's got to be Gary Bettman's fault. 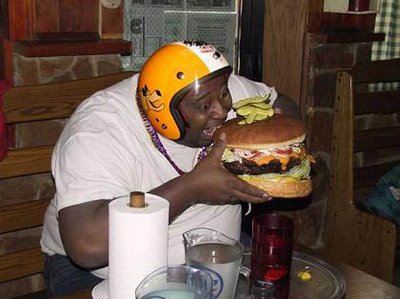 Ken Hitchcock is hungry for victories in Columbus.

It seems like the hungry hungry hippo known as Ken Jabba the Hitchcock has his boys playing some semblance of NHL hockey for the first time in their existance. They are good at home (15-8-1), solid in their last 10 (6-3-1) and have gotten outstanding goaltending from rookie Chris Steve Nash Mason. Seriously, that kid's name has me all confused.

But confusing name or not, he seems to have the goods. He leads the NHL in goals against (2.06), is tied for fourth in save percentage (92.5%) and has all but run Mr. Peepers lookalike Pascal Leclaire out of town. (For the record, the missing link ison the shelf with an injury, but his play has been atrocious compared to Mason and he's sure-fire trade bait come this summer.)

Pascal Leclaire was great for the BJs last year, but has probably lost his job to Steve Mason.

Mason should be the odds-on favorite for the Calder if he can keep this bunch afloat and get them into the playoffs for the first time in their existance. Especially since the only other player they have on the roster who is worthy of being coveted by other teams is Rick Nash.

Nash leads the team in goals (22), assists (25), points (of course), power play points (4-7-11) and all forwards in icetime (over 21 minutes). Without Nash, the Jackets would be reliant on the offensive wizardry of Kristian Huselius (35 points) and RJ Umberger (26 points) to lead the way. Hmm.

In short, without Nash at one end of the rink and Mason at the other, the Jackets would be fucked.

The Blues, on the other hand, lost a game they should have won last night (Thanks, Manny) and will hopefully crack the code on the two-man Columbus machine.

This game was dropped by Versus, but will be available to anyone with the Center Ice package as FSN-Ohio will be the only broadcast available and the Blues have lifted the local blackout. If you can't get that, it's KMOX or the stangely still in business internet feeds.

This is the Game Day Thread. Do your thing.