The Legace saga is going to take a back seat to the Blues moving on tonight against the Avalanches. We'll have a game day thread up closer to game time.

To fill your afternoon, here are some of the best and worst images of Manny over the course of this season. Can't wait to see him with the big Rivermen man on his chest. 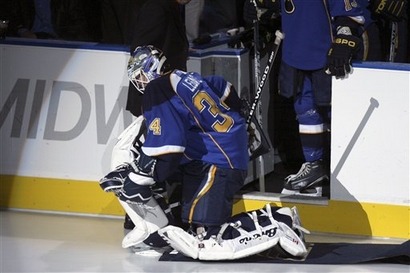 No, his season was never quite the same after taking the tumble on the carpet laid on the ice for Sarah Palin. Definign moment of his season happened before the National Anthem. 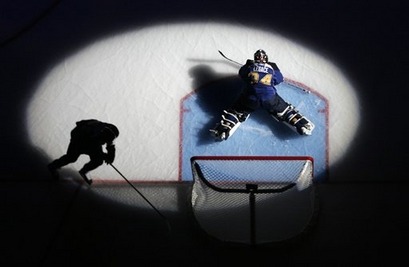 One of the cooler photos of the season so far. He loves the blue ice. 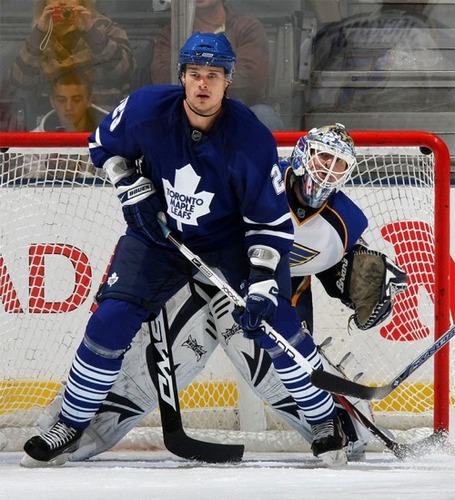 What do you mean he's undersized? 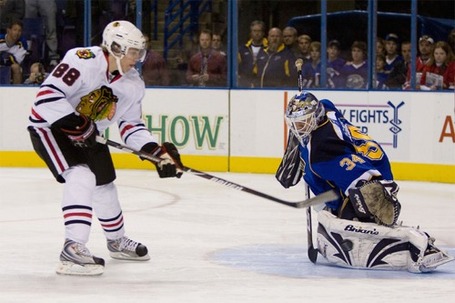 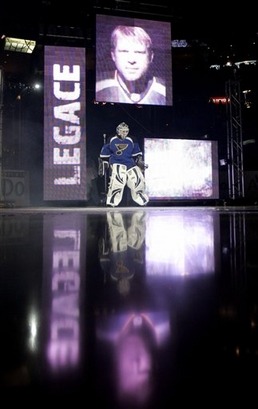 He may be able to conjure ghosts. 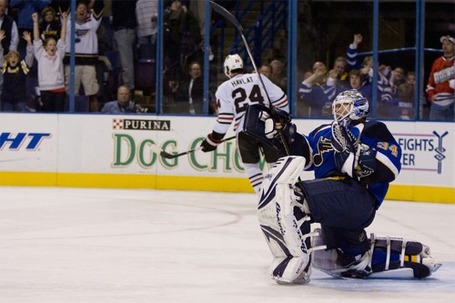 He enjoyed his wins over Chicago, especially in the shootout when TJ Oshie scores. 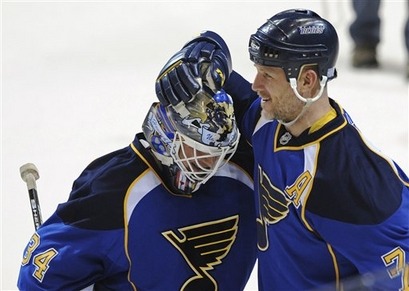 It was always nice to see Manny and Big Walt come together on the ice after victories. No. 7 was always the last one in line and they'd whisper sweet nothings to each other before going back to the dressing room to get naked. 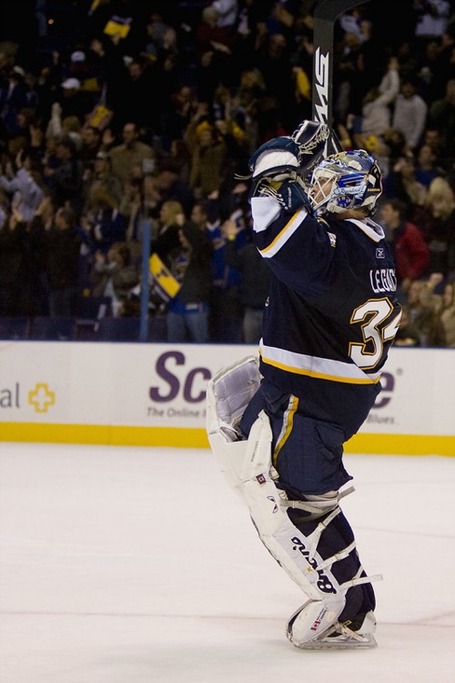