I don't have any proof, but there's a good chance Chris Mason will start in net tonight. 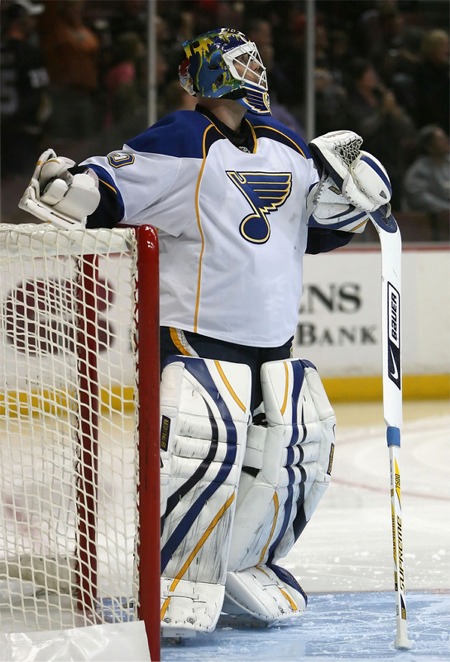 Colorado comes in with a two-game win streak, but it hasn't been smooth sailing for the team. The last home stand was eight games, the longest of the season for the Avs. And they posted a disappointing 3-5-0 record. The last road game the team played was a 5-2 Blues win here in St. Louis back on Jan. 15.

Colorado is currently last in the Northwest Division and tied for 12th in the Western Conference with 51 points - just three ahead of the Blues. Without those two straight wins for Colorado, the Blues might have actually climbed out of the conference cellar. The Avs have lost four of their last five games here in St. Louis with a combined score of 19-10.

Joe Sackic isn't going to be walking through those doors anytime soon. Paul Stastny is still hurt and out. Peter Forsberg won't be wearing the maroon and blue. Much like the Blues, the Avalanche are much different looking teem than was projected at the beginning of the season. And much like the Blues, the top players on the team all have poor plus/minus numbers with the five highest scorers on the team posting negative numbers at the moment.

This is the open thread, your plaground to mix and mingle. We can also recommend Mile High Hockey as a place to hang out.