The Blues have announced that they re-signed center Andy McDonald to a four-year contract extension. Terms of the deal are not yet available. 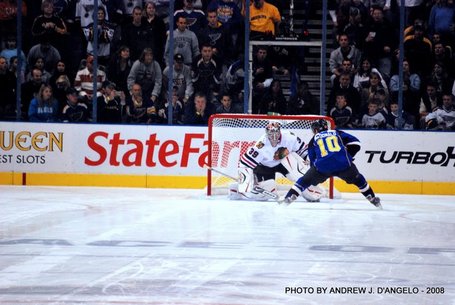 McDonald, 31, played only 16 games this season before breaking his ankle, but he tallied 18 points in those games. In his NHL career, he has played 456 games and has accumulated 313 points (112 goals, 201 assists).

Clearly he will be expected to hold down the first or second line centerman's position for the duration of the contract.

UPDATE: TSN says the contract is four years, $18.8 million. Link is below in the comments.