The Rise and Fall of the Salomons (Part I)

Share All sharing options for: The Rise and Fall of the Salomons (Part I)

[This is the first part of a well-received series of articles that originally ran in the Game Time paper during the issues from Mar. 10 through Mar. 14.]

Sidney Salomon Jr. and his son, Sid Salomon III were the largest shareholders in a 10-person syndicate that brought hockey to St. Louis. As the Blues' first owners from 1966-1977, they presided over a franchise that quickly became a winner, making the Stanley Cup Finals in its first three years of existence, from 1968-70. Much has been written and spoken about those early glorious Blues years under the Salomon's.

What is less known however is how and why this luster was lost by the mid -1970s. In fact, by 1977, the team was running away from creditors, was on the brink of financial insolvency, and only weeks away from being disbanded all together by the NHL Board of Governors. When all seemed lost, St. Louis-based Ralston Purina Co. arrived in the 11th hour as the financial "white knight" that would rescue the Salomons and keep the Blues in St. Louis.

In February 1966, five of the six NHL expansion franchises were awarded by the NHL Board of Governors, while St. Louis was awarded a "conditional franchise," pending the emergence of suitable ownership. Two months later, on April 5 1966, Sidney Salomon Jr. and his son "Sid the Third" were notified that their ownership syndicate had been awarded the sixth and final NHL expansion team that would start play in 1967-68, a club that would become known as the St. Louis Blues. The city wound up with this last club, thanks to an unlikely ally: the influential owner of the Chicago Blackhawks, Arthur W. Wirtz. 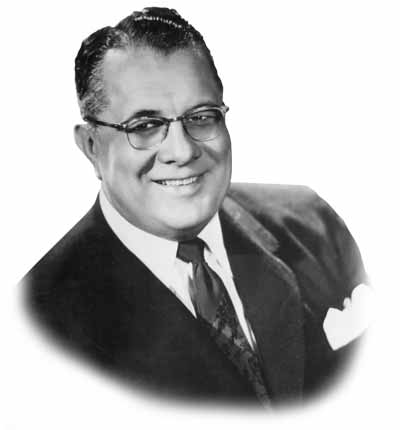 It's hard to believe, but the man who spawned 'Dollar' Bill Wirtz, one of the worst people in hockey, also helped give birth to the St. Louis Blues.

Wirtz had lobbied the other five NHL owners to accept St. Louis' bid over Baltimore's application for a reason. Since 1947, Wirtz and James Norris had owned the St. Louis Arena, which had been built in 1929 for the annual National Dairy Show. Sensing an opportunity to unload the neglected and run-down 37 year-old structure, Wirtz agreed to sponsor Salomon's St. Louis bid in exchange for their purchase of the Arena as the hockey team's home, for $4 million. In addition, Salomon's syndicate needed to post a $10,000 application fee and a $2 million expansion franchise fee to the NHL that entitled the Blues to 20 players.

Shockingly, The Arena needed some work to get her up to NHL speed.

Fifty-five year old Sid Salomon Jr. was a top-producing executive for a life insurance firm in Clayton that bore his name, Sidney Salomon Jr. and Associates, Inc. Since 1946, Salomon's firm had served as a general agent in the St. Louis area for Crown Life Insurance Co. of Regina, Saskatchewan. Salomon was also an avid supporter of the Democratic Party, serving as Treasurer of the Democratic National Committee (DNC) in the 1950s, chairman of President John Kennedy's campaign in 1960, and Missouri's DNC-man for years. At one time, he had also been a part owner of both the St. Louis Browns and Cardinals.

Salomon commented that his 28 year-old son, Sid the III, was the one who pushed him to bid for the franchise, stating: "[My son] started thinking about it three or four years ago, and he finally got me interested in the project a couple of months back. At first, I hoped some other group in St. Louis would take the lead, and we could go in as minority owners - say 10%. But no other group stepped forward, so we...formed our syndicate and made our bid."

Much work needed to be done in the 18 months before the Blues first game in October, 1967. To handle the on-ice tasks, Salomon hired Lynn Patrick, formerly of the Boston Bruins organization, to serve as coach and general manager. Patrick in turn hired Scotty Bowman and Cliff Fletcher from the Montreal Canadiens to serve as his assistants and to scout every player who might be available in the NHL expansion draft on June 6, 1967. 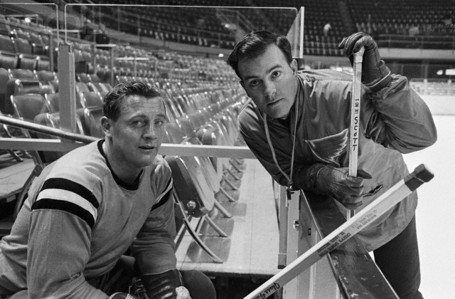 Scotty Bowman, seen here with seated player Dickie Moore, first made a name forhimself in the NHL with the St. Louis Blues.

Off the ice, Salomon became president of the franchise, and set up the Missouri Arena Corporation (MAC) to own the Arena, the 16.3 acres on which it sat, and the hockey team. He then empowered his son, Sid the Third, with the responsibility of restoring the Arena. Bob Burnes of the St. Louis Globe Democrat mentioned that Sid "found newspapers from the 1930's lying on the floor - that was an indication of the ground-up renovation he had to do. He spared no expense. His father had an open checkbook on it." Actual renovations cost $2 million to convert ‘the Old Barn' into an NHL arena suitable for seating 14,200 spectators for the Blues' inaugural 1967-68 season.

At first, the Blues had a hard time getting people to embrace Blue Note. After a Cup finals appearnace, however, things changed.

During this era, the Blues were the hottest ticket in town. Fans loved the team and the team loved its owners, who spent lavishly on its players. In addition to enticing the players with large contracts for the time, the Salomon's treated the players like royalty. An April 7, 1969 article in Sports Illustrated highlighted this relationship: "The Salomon's tender loving care notoriously extends to the Blues players. Any man who does something to enhance the team's name - scores three goals in a game, makes the All-Star team, plays a major role in a key victory - gets a gold wristwatch. Not any gold wristwatch, mind you, but a $750 Patek Philippe."

After Red Berenson scored six goals in a game November 7, 1968, "the Salomon's presented him with a 1969 Chevrolet station wagon with a canoe on top and a Browning 20-gauge shotgun inside. "In New York or Montreal," said Berenson, who had played in both cities, "all you'd get would be a handshake." There were also highly publicized trips to Florida after the season, players and wives, for ten days, all expenses paid. 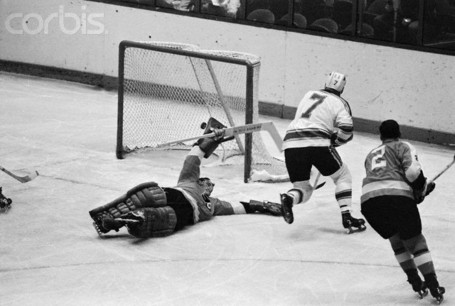 Red Berenson's efforts on ice, highlighted by his record six goals against Philadelphia, inspired a generation of Blues fans.

Such treatment invited much disdain from other NHL clubs: "I think the Salomon's are on very thin ice with that kind of stuff," said Punch Implach, coach and GM of the Toronto Maple Leafs, "From a management point of view, its bad. It puts every other club in the league in an impossible competitive position." Everyone in St. Louis of course, loved the Salomon's renegade ways, especially when they issued retorts like,"I think Mr. Imlach owes us an apology. We're not trying to tell or show anyone else how to run their clubs. We paid $2 million for this franchise, and we're entitled to run it the way we please."

Scotty Bowman expounded upon the Salomon's generosity, "Whenever we're on the coast, Mr. Salomon wants me to take the players out to dinner at some real nice restaurant. The players still get their meal money - the dinner is on Mr. Salomon." Goalie Jacque Plante captured how the players felt about playing for Salomon's St. Louis Blues, "Today I make $35,000, which is $15,000 more than I ever earned in my best year in Montreal - to tell you the truth, I never dreamed of getting a salary like this...I still cannot believe this is really happening to me...with other teams, there is a wall between the owners and players. That is not true here...they are interested in us not just as hockey players, but as human beings. So we put out extra for them."

Everything seemed to be going perfectly. The Blues were having success on the ice, players loved the Salomon's ownership, and the team had led the entire NHL in attendance for years. And yet, unbeknownst to nearly everyone, storm clouds were gathering over the NHL's most successful expansion franchise. Over the course of only a few short years, the Blues went from being a new hockey Mecca to a franchise on the brink of collapse and contraction.

The second installment of The Rise and Fall of the Salomons, chronicling the reasons for their financial descent, will appear tomorrow on St. Louis Game Time.