In Enemy Territory: Going To A Hawks Game

Share All sharing options for: In Enemy Territory: Going To A Hawks Game

As many of you already know, I'm a native of the greater Chicagoland area, whatever that actually encompasses. How I avoided becoming a Blackhawks fan and instead sold my soul to the Blues franchise is a long story and not really the point today.

The point is that I end up back in Chicago a couple times a year, including this weekend. Lucky for me, I have a brother-in-law who has friends with great tickets. 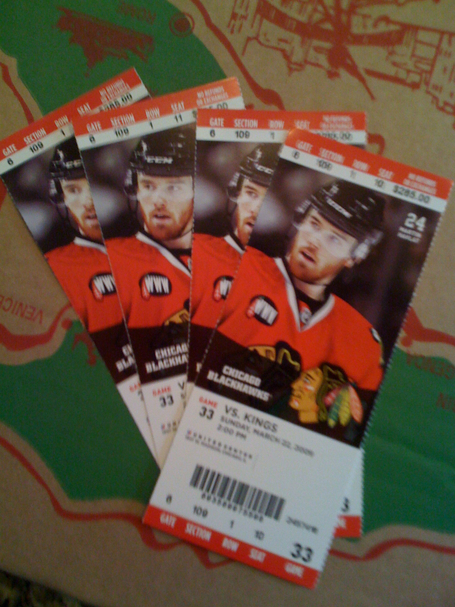 Great seats, but the picture of Martin Havlat is freaking me out. How much time a day does he spend on that beard?

I think I have a workaround figured out to at least post a few photos, so I'll try to update this as we go along.

First stop? Gotta pick up on of those Committed Indian papers.