The Blues have nearly overslept for their game. Luckily, the Blues brought in Army soldier John Winger for some last minute motivation. 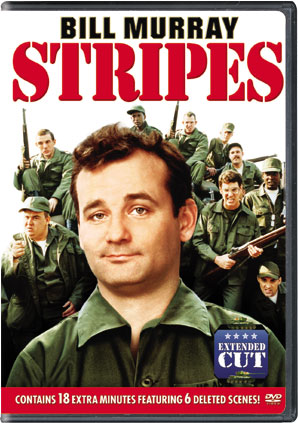 We're all very different people. We're not Black Bears. We're not Fighting Sioux. We're Blues, with a capital 'B', huh? You know what that means? Do ya?

That means that our original players were kicked off of every "original six" team in the league. We are the wretched refuse. We're the underdog. We're mutts! Here's proof: Steen's nose is cold! But there's no animal that's more faithful, that's more loyal, more loveable than the mutt.

Who saw "Old Yeller?" Who cried when Old Yeller got shot at the end?

Nobody cried when Old Yeller got shot? I'm sure.

I cried my eyes out.

So we're all dogfaces, we're all very, very different, but there is one thing that we all have in common: we were all stupid enough to play with the St. Louis Blues.

All we have to do is to be the great Blues player that is inside each one of us. Now do what I do, and skate how I skate.

And make me proud.