The Columbus Blue Jackets are on the verge of making the playoffs for the first time in franchise history. Eight years into their existence, I didn't think I'd ever get to write that sentence. 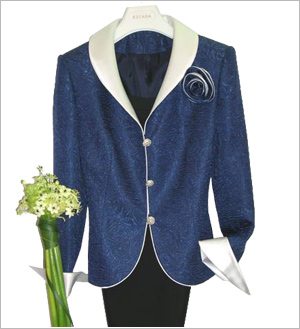 We've gone on record several times in Game Time with the notion that games vs. Columbus are about the worst on the schedule every year. There's no history of a rivalry, many of the players who have worn the Blue Jacket uniform are boring, no-names and St. Louis has no relationship with Columbus. And while that's still the case, Columbus being a playoff team will go a long way in making this a better rivalry. Take the three previous games against the Jackets this season.

In the first matchup early in January, Columbus' rookie goaltender Steve "Don't Call Me Chris" Mason was coming off three straight shutouts. So he was bound to give up a few goals, the Blues took advantage of the law of averages and won 5-2. It was so long ago, Manny Legace got the win.

The second game came at the beginning of the Chris Mason era on Feb. 3, just 24 hours after Legace saw his last action as a Blue in Detroit. St. Louis, obviously buoyed by its bald goaltender, won the game 4-2. Brad Boyes got the winner in Columbus.

In the third game back on Feb. 18, the Blues were starting to get into their dangerous trend of getting off to a slow start, turning it up and finishing strong. The only problem was that they gave up a 4-1 lead going into the third period. A pair of goals led to an exciting but ultimately disappointing finish. That win put the Blue Jackets six games above the .500 mark for the first time in team history. That's depressing, the poor bastards. Sure, we Blues fans have had a tough go in recent years, but those off-season Ohio State fans have never seen prosperity. I'd be pissed off enough to start a riot and burn police cars even if the football team wasn't playing if I was a Blue Jackets fan.

Over the last eight Blues games of the season, we'll see Columbus three times. This first matchup promises to be a tune-up for the others, a tone-setter. The Blues have to come out physical and show the BJs who is boss. And that boss' name rhymes with BJ Lowshie.

Rookie goaltender Steve Mason is the leading candidate for the Calder Trophy as rookie of the year. He's played in 53 games and posted a 31-17-4 record. That gives him the seventh most wins in the league. His 2.18 goals-against average is second while his 92.0 save percentage is seventh. Without Steve Mason, the Blue Jackets would be at the bottom of the standings again. Of course the Blues could say the same thing for their Mason goaltender, but you already knew that.

That's it. Get hostile. Get fired up. See you in the comments.