Sometimes You Get The Bear...

Share All sharing options for: Sometimes You Get The Bear...

...And sometimes the bear gets you.

When your team comes out and plays as poor a game as the Blues did tonight, there's only one thing to do: admit you played poorly and move on. It happens to every team and tonight was the night for the Note. 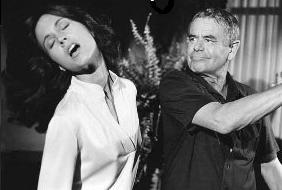 As if the Blackhawks crowd wasn't listless enough, the Blues matched them, yawn for yawn the whole way. We're not going to be able to point out anything that you didn't see for yourself, so a couple notes for your discussion:

Tomorrow the Blues have a game against some team from the third world nation of Michigan. We'll see if we can find any information about them on the knowledgable hockey giant that is espn.com.