Share All sharing options for: The Hockey Prof's Wide World Of Hockey

I know we are all gearing up for Game Two tonight between our beloved St. Louis Blues and the Vancuntver Cantfucks, but first let us take a glance at the recently completed IIHF Division III Championships played down in New Zealand.

Well, right off the bat there was controversey when one of the scheduled participants, Mongolia, was disqualified from the tournament after it was discovered that they did not actually exist.  Officials are not sure who the pranksters were, but it seems the "country" was pulled directly from the pages of a popular children's book. 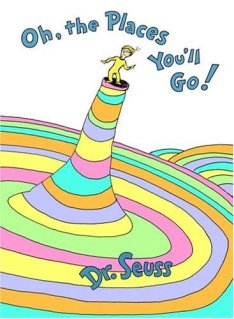 A spokesman for the IIHF stated they became suspicious after looking at the passport photos of the Mongolian "players."

Defenseman Puriv-Ochir Chuluunbat, who likes to wear a funny hat!

Goalie Od-Erdene Batnasan, who's got a star on his Johnson 'cause he's quite a fan!

"It was also a dead giveaway, " said spokeperson Ully Timorsen, "when we discovered passport photos of the Sedin twins among the Mongolian squad."

Henrik SedinEven more suspicions were raised after the words and music for the "Mongolian" national anthem were faxed to organizers from a number in the 573 Area Code.

Were you go to Ulan Bator, to ride a gurufru or take a nice tour

To saunter to the zoo, meet a man named Zolboo

To converse with a yak, and have a panic attack

Then you would know that nothing is sure, down here in sunny Ulan Bator.

If was further deemed suspicious that these lyrics were set to the tune of AC/DC's "Hells Bells."

As a result of the disqualification all games against "Mongolia" were counted as 5-0 wins for the other teams.  Upon hearing this, the Irish players fell to their knees and thanked their god (named "Thor" I believe) that they would not go winless in the competition.  However, that proved to be the highlight of the tournament for the "Hayseed Hoosiers" who were outscored by their non-imaginary opponents 31-7.  IIHF officials denied rumors they were creating a Div. IV just to have somewhere shittier to send the Irish team.

As the Hockey Prof kinda-sorta predicted it was the home standing New Zealand squad that came out on top after going undefeated during the round robin affair.  Joining them in the joys of Division II hockey next year will be the Turks, who handled the Luxembourgersicans rather easily in their match-up to earn "second place amongst the damned" honors.

The Greeks had a bad time of it on the whole, but they could take solace that they were neither the figments of someone's imagination nor Irish.

So, a big St. Louis Game Time "Congratulations!" to New Zealand and Turkey on their accomplishments.  By all means, enjoy your ass whippings during the 2010 Division II Championships!