Share All sharing options for: Game Time Hits The Airwaves In Vancouver

In this crazy, mixed-up bloggy world we live in, you never know who's e-mail will grace the in-box. It might be Norm Sanders with the Bellville News Democrat. Other days it might be the father of a young Blues player who's following us on Twitter now. And one day this week, it was Orland Kurtenblog asking us to appear on their radio show. 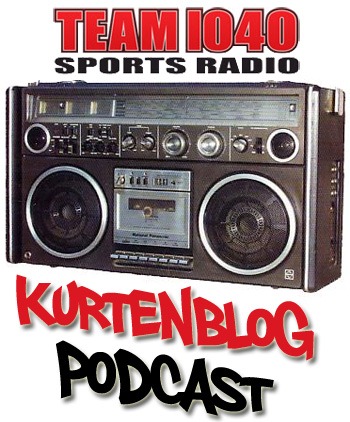 Now this isn't just some Internet radio thing. And it's not a podcast like the picture suggests. They actually host a real radio show on Team 1040 in Vancouver. And if you weren't aware, that's the station that broadcasts Canucks games. Their show  runs 9:30 a.m. - noon PDT every Sunday. Following their show today is coverage of the Canucks' playoff game. It runs from the end of the Kurtenbloggers until 9 p.m. In other words NINE FULL HOURS OF HOCKEY COVERAGE. Holy crap.

Gallagher has some family stuff to do with one of his kids, so I get to go on the air and suffer the slings and arrows of the Canucks bloggers with their team in control of the playoff series. But it should be fun. I'm supposed to be on around 11 a.m. Vancouver time (1 p.m. in St. Louis). You can go to the Team 1040 Web site and stream the show live. What's the worst that could happen?

The FCC can't fine you for a Canadian radio show, can they?