During the last weeks of the regular season, we asked a few folks to come in and give the St. Louis Blues some inspiration. And as a special treat, we let you inside the dressing room to hear the words for yourself. Before tonight's playoff game, we've asked the President of the United States to say a few brief words. Mr. President... 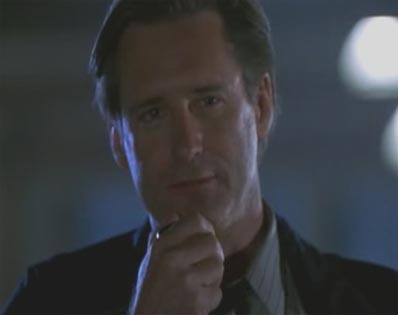 The President of the United States

Good evening. In less than an hour, you Blues players will be coming together like a great army. And you will be launching the largest assault on Vancouver in the history of the Bluenote.

Bluenote - that word should have new meaning for all of us today. We can't be consumed by our petty differences anymore. We will be united in our common interests in the Bluenote.

Perhaps it's fate that today is April 21, a date that most of you has spent on the golf course the last five years, and you will once again be fighting for our freedom, not from Red Wings, Blackhawks, or Predators - but from playoff annihilation.

We're fighting for our right to live, to exist in the postseason.

And should we win the day, the 21st of April will no longer be known as a golfing holiday, but as the day when the Blues declared in one voice:

"We will not go quietly into the night!

We will not vanish without a fight!

We're going to live on!