What Exactly IS A 'Blues Prospect,' Anyway... Part 3

Share All sharing options for: What Exactly IS A 'Blues Prospect,' Anyway... Part 3

Further Analysis Of The Blues' Picks, Round-By-Round, In The Jarmo Kekalainen Era

Despite Kekalainen's European origins, or perhaps because of them, it's interesting to note that of the 56 players the Blues have drafted since 2003, 34 of them (60.71%) have come from North America -- 18 Canadians and 16 Americans.

That still means that almost 40% of all Blues' draftees have roots in Europe, a number which would seem to put the Blues about in the middle of the pack in terms of drafting Euros. By contrast, here's what the Blues' division rivals, and a couple of out-of-division rivals, have done in terms of scouting and drafting in Europe since 2003:

Here's a brief overview of what Kekalainen and the Blues have been doing in the fourth through seventh rounds since 2003:

Fourth Round: Some quick notes about the Blues' fourth-round selections in the Jarmo Kekalainen era:

-- The strongest trend in this round is for the Blues to select and American-born defenseman. In successive years (2006 through 2008), with successive selections (94th, 95th and 96th overall), the Blues have chosen a Yankee Doodle d-man in this round -- Ryan Turek in 2006, Cade Fairchild in 2007, and David Warsofsky in 2008.

All of those defensemen went to major college programs -- Turek to Michigan State, Fairchild to Minnesota, and Warsofsky to Boston University -- after being drafted by the Blues; only Turek has left college early, and he is now chipping in on Alaska's run to the Kelly Cup.

-- The Blues have drafted a total of eight players in this round since 2003; four have been forwards, and two of those -- Michal Birner (traded) and Alexandre Bolduc (rights relinquished) -- are no longer in the organization. The only goaltender chosen by the Blues in this round is Swiss 'tender Reto Berra (106th overall in 2006).

-- Four of the eight players drafted in this round have been Americans -- the three defensemen, and Wisconsin-Stevens Point forward Travis Erstad (100th overall in 2007.

Fifth Round: Some quick notes about the Blues' fifth-round selections in the Jarmo Kekalainen era: 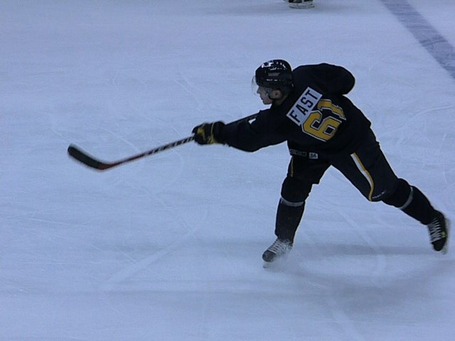 -- The Blues will not have a selection in the fifth round this year; their 2009 fifth-rounder was traded to Los Angeles last year in exchange for prospect defenseman T.J. Fast.

-- Kekalainen and the Blues have found one NHL player in this round since 2003; forward Lee Stempniak was drafted 148th overall in 2004 by the Blues.

-- Only one goaltender has been chosen in this round by the Blues, and he is no longer with the organization (Chris Beckford-Tseu, drafted 159th overall in 2003).

Sixth Round: Some quick notes about the Blues' sixth-round selections in the Jarmo Kekalainen era:

-- Kekalainen and the Blues have found one NHL player in this round since 2003; defenseman Roman Pola'k was absolutely stolen by the Blues at 180th overall in 2004.

-- The trend in this round is clearly for the Blues to draft a Canadian-born forward, as four of the club's seven total selections in this round have been forwards from our neighbor to the north.

Seventh Round: Some quick notes about the Blues' seventh-round selections in the Jarmo Kekalainen era: 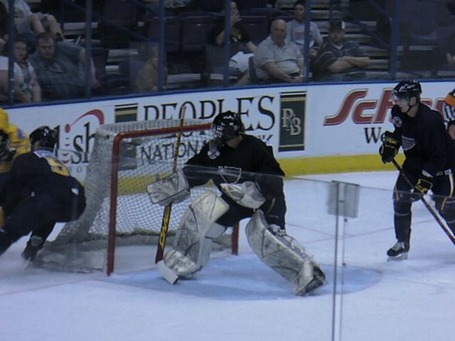 -- The Blues will not have a selection in the seventh round this year; their 2009 seventh-rounder was traded to Los Angeles last year in exchange for a seventh-round pick in 2008, which the Blues used to select goaltender Paul Karpowich.

-- In this round, the Blues typically reach for a European. The seventh round is the only round of the draft in which the Blues have chosen more than one native Russian -- forwards Nikolay Lemtyugov (219/2005) and Evgeny Skachkov (221/2003) -- and they have also chosen two Swedes in the seventh round -- winger David Fredriksson (211/2004) and defenseman Alexander Hellström (184/2006).

The following chart notes the Blues' selections from ten different countries during the last six drafts, and also indicates how many of those picks are now out of the organization, as well as the countries who have sent players to the NHL with the Blues: