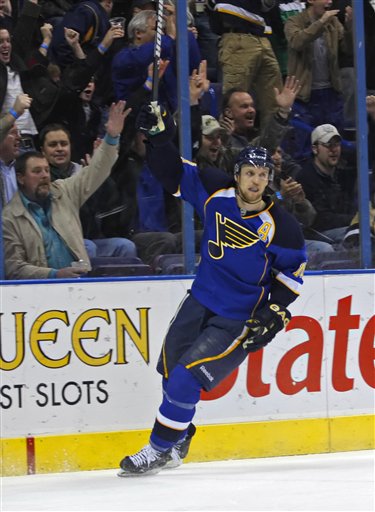 According to the team's website, the Blues have resigned 26 year-old center Jay McClement to a multi-year contract.

McClement posted career highs in goals (12) and assists (14) last season while also being one of the team's best penalty killers.

Yes, we know Manny Legace is also an unrestricted free agent, but he didn't do much for the team last season.

On the Blues' website, team president John Davidson said, "Jay played his best season in the NHL this past year on both ends of the ice and is one of the best defensive forwards in the league. He will continue to provide strength and experience on the penalty kill as we move forward.”

Length and terms of the contract were not disclosed.