Predicting The Toughest Division In The NHL: The Central

Share All sharing options for: Predicting The Toughest Division In The NHL: The Central 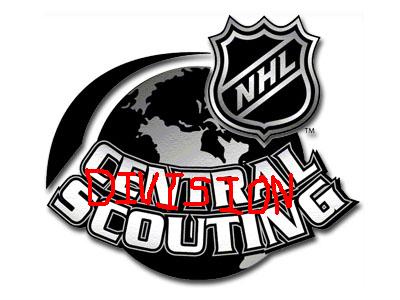 I liked the good old days when the Blues were in a division with Minnesota, Toronto, Chicago and Detroit, the infamous Chuck Norris Division. If Norris was ever afraid of anything (and he's not), he would have had a few butterflies in his stomach lacing his skates back then. In today's NHL, the Central has emerged as a fine son of the Chuck Norris Division. Sure it wears shinier clothes with rhinestones and hangs out in strange places in Central Ohio and ignores Canada all together, but  the Central now has the toughest lineup of teams top to bottom compared to the rest of the league.

As free agency closes out its second week, the signings have come to a trickle. But all five teams have made at least a few moves (even if ithat means letting guys walk or keeping free agents in house). Sure there might be a tweak here or there through a trade or minor signing, but the big noise has happened.

Four of the five teams in the division made the playoffs this past season. The Red Wings won just missed winning the President's Trophy for the most points in the league. Chicago and the Blues have some of the highest regarded young talent in the league. Rick Nash will be in Columbus for a long time and Nashville remains dangerous, barely missing the postseason this year.

So as the rosters stand today, let's take a look at what the teams in the division have done and take a wild ass guess as to how they might finish the 2009-10 season. Bookmark this for comedic purposes come April 2010.

How They Will Finish:

1. Chicago Blackhawks - You knew this was coming, right? I mean they signed Marian Hossa, one of the three best players from the top team in the division. They'll have a year older and wiser Jonathan Toews, Patrick Kane, Kris Versteeg and all those younger guys. The flip side is the Hawks allowed Nikolai Khabibulin to walk leaving the underwhelming Cristobal Huet the guaranteed starter. Cam Barker and Duncan Keith are young and improving. And despite the huge 12-year Hossa contract, the young players on the roster aren't due raises until after this coming season. So they added a top-flight forward who at least knows how to score in the regular season and they didn't subtract anyone of significance (sorry, Matt Walker Fan Club Members). Who knows how much the salary cap could drop after this coming season, it doesn't affect how strong the Hawks look (ON PAPER) at this point. We'll talk 12 months from now and see how smart the Hossa signing really is.

2. Detroit Red Wings - Chris Osgood will be one year older with no help in sight. Hossa leaves a hole the team didn't fill. Tomas Kopecky is gone. Valtteri Filppula may or may not be in Russia come September. Nicklas Lidstrom will have one more season on the odometer. But that doesn't make Henrik Zetterberg or Pavel Datsyuk any less dangerous. Tomas Holmstrom will still be throwing his ass around in the crease. Trust me, I wanted to drop them lower. I really wanted to put them below St. Louis AND Columbus. But I couldn't yet. They made the Cup Finals for several reasons, not just because of Hossa. They're up against the cap, they've got some horribly long contracts to live out. I'm of the strong opinion that the Wings will have some difficult seasons ahead of them, but that won't all come to roost this coming season.

3. St. Louis Blues - Call us homers. We call it being realists. Young guys are getting better. They beat Nashville and Columbus convincingly late last season. If either of those teams wants to climb the ladder, they have to prove they can beat St. Louis. Sure the Blues only added backup goalie Ty Conklin, bought out Jay McKee and allowed Jeff Woywitka to walk in free agency, but St. Louis wasn't in dire need of making a move this month. They aren't one player away from the Conference Finals. It's apparent the Blues believe the young players will be better with last season under their belt. They're banking on Chris Mason building on his play down the stretch. Is it enough to move into the top two spots in the division? Probably not, but it will be enough to remain above the Predators and Blue Jackets and remain in the playoffs.

4. Columbus Blue Jackets - Rick Nash has a big contract now that will keep him in Columbus (sorry, Rick) for at least eight years. They added Samuel Pahlsson and backup goalie Mathieu Garon. They have the reigning Calder Trophy winner in goaltender Steve Mason. Ken "The Hut" Hitchcock is still molding this team into his vision and it's taken some time. The Jackets wasted a lot of high draft choices and hitched their future to a few guys with questionable work ethics, something that gets Hitchcock hungry with anger. They're going to be pesky this season, and I'm sure everytime the Blues show up on the calendar, the T.J. Oshie vs. Rick Nash rivalry will get heated up again. In other words, they're dangerous and not to be taken lightly.

5. Nashville Predators - They brought back Steve Sullivan and Joel Ward re-signed with the Predators...and that's about all the team has done. But don't count them out yet. Two seasons ago when they started ejecting a few of their more expensive players amid ownership issues, the Predators kept their fangs. Sorry couldn't resist. On the defense Shea Weber is still getting better. Jason Arnott isn't dead yet. J.P. Dumont isn't worthless. They still have David Legwand and Martin Erat (possibly because they're a little on the overpaid side of the ledger). Pekka Rinne would be talked about as the emerging goaltender in the division if Steve Mason wasn't around. In other words, the Predators have done enough to remain in the playoff hunt. And that means they're no walkover on a nightly basis either.

Commenters: rub your crystal balls and conjure up a July prediction that will look like hell by November. How do you think the Central Division will shake out this coming season? Let us know down below.