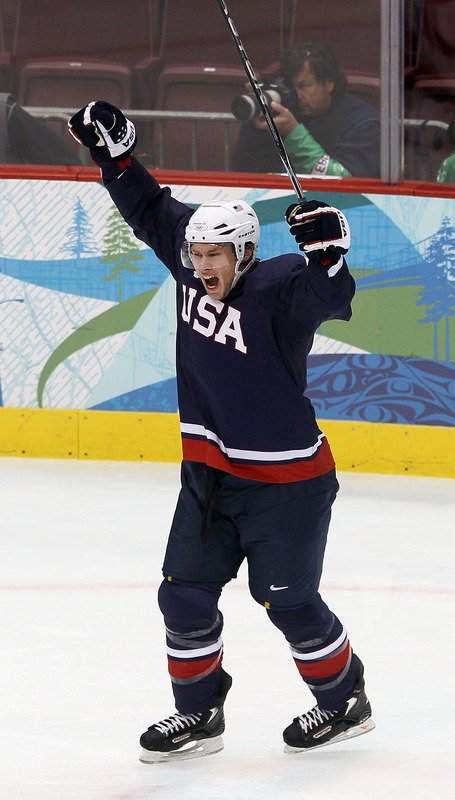 Well that was close. In one of the games.

As you probably already know, Team America (Fuck Yeah!) defeated the evil scourge that is Finland 6-1 Friday afternoon in the first semifinal. Erik Johnson scored his first goal of the tournament and celebrated. Then in the nightcap, Canada barely held on to beat a spunky pack of Slovaks. With their goaltender pulled, Slovakia had a scramble in front of the net. At the right post, Pavol Demitra found the puck and an nearly empty net with under 30 seconds to play. Unfortunately for him and his country of 5 million people, he shot it wide missing the far post sealing the 3-2 Canadian victory. And a nation of pasty people exhaled.

So we have what we pretty much all wanted, Canada vs. the United States. The gold medal game is Sunday afternoon. So we've got about a day and a half to see if we can really stir the pot. Hence, project mayhem, Oly style.

Remember our LOLBlues contest? Yeah, it's something like that with an Olympic twist. Make fun of Canada as much as possible. Stir it up. Make some waves. Piss some Canuckleheads off. No I don't know if we'll give something away or anything. We'll see how good the entries are. To get the most out of your post, make sure to post to Twitter and Facebook and we'll see if we can get anyone to notice.

Here, let me show you how it's done. 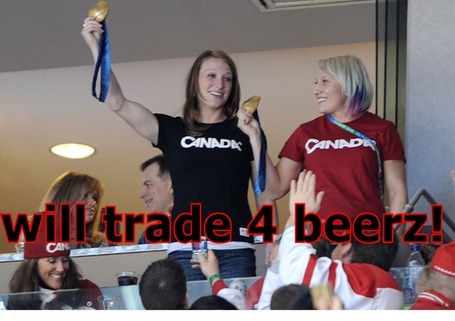