David Backes Wants Your A. Among Other Things.

Share All sharing options for: David Backes Wants Your A. Among Other Things.

In a story widely reported this week, veteran Blues forward Keith Tkachuk returned to the lineup from injury this week only to find that the A that designates his alternate/assistant captaincy on the team would not be returned to him. The A had made a jump from his inactive jersey onto the shoulder of David Backes and, simply put, it wasn't leaving.

And who are we to blame that A? If David Backes told us to stay in the corner, we'd likely stay in the corner until we shatted ourselves. For his part, Tkachuk didn't seem too off-put by the non-return of the A, either because Big Walt figures he's already lost enough teeth this year or because he already knows that his NHL career is coming to a close.

But this got us thinking, If David Backes wants your A so he takes your A, what else could he claim as his own without much of a struggle?

Hey, Oshie. I want your vote for mayor.

Hey Janssen. All of your posse are belong to us.

Damn, man. Look, posse, you all roll with Backes now. 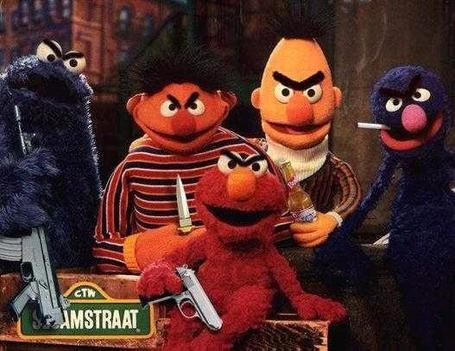 You know, after being roomies at the Olympics, that's kinda already true.

I'm not even going to tell you I want it yet. I just want you to know that it's mine and I'm just letting you keep it for now.

You're welcome. I figure you don't have that much left to hold on to anyway.

But make no mistake, Brewerbot. It's mine. I'll keep you updated.