Share All sharing options for: Media Bracket: Chase vs. Wheeler

We now move on to our first match-up from our second section of folks, the Dan Kelly Group. I hope you noticed the names of the four when we rolled the whole thing out over the weekend. Thought it was a nice little thing we could do before commenters started having their way with the victims journalists.

We tried mixing everyone up, but we have two guys who are the same airwaves sometimes. Them's the breaks. We have 31 people who will lose a vote, it just depends when the hanging chad falls. On to the combatants. 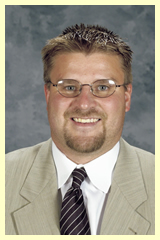 Originally signed by the Blues as an undrafted free agent in 1988, Chase came up through the Blues farm system and eventually played parts of eight seasons for St. Louis (with a stop in Hartford and a cup of coffee with Toronto). He retired in 2000 with 2,017 penalty minutes in 458 games. He went straight from the penalty box to the broadcast booth beginning with the 2000-01 season. Chase is a former winner of the Jack Buck Award for St. Louis sports spirit and was a King Clancy Award winner in 1998 for his charity work in the community. He is not a fan of NHL referees. Allegedly. 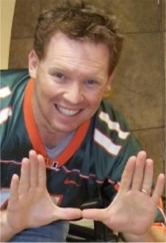 Wheeler is a host on the long-running Sports Open Line call-in show (one of the first of its kind) and also participates in programming surrounding Blues games since KMOX re-acquired the team's radio broadcasting rights a few seasons ago. He came to St. Louis after working for 10 years with the Sporting News Radio Network. His background is heavily in baseball. He was a mostly bench player for the University of Miami and has worked as an instructor for youth players.

Same as before, polls are open 48 hours from time this posts. Campaign for your person down below in the comments.