Meet and Drink with St. Louis Game Time this Friday

Share All sharing options for: Meet and Drink with St. Louis Game Time this Friday 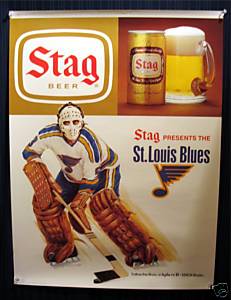 This oughta guarantee the attendance of CrossCheckRaise

We did this last year during the Stanley Cup Finals with a good degree of success so we're gonna give it another go.

The St. Louis Game Time staff and commenters will be assembling at Bobby's Place in Valley Park on May 6th to eat, drink, watch hockey (SJ/DET and PHI/BOS), and generally bullshit among each other. There will be at least one more of these during the playoffs so if you can't make it to this one, no big deal. As for what time to show up, well, the first puck drop is at 6 so I imagine anytime after that will work. I won't be there until later but I'll make up for lost time once I do show up.

And since there will be at least one more of these gatherings, throw out some suggestions for dates and places. Ideally, I'd like to do 2 more of these with one of 'em set over in Illinois (Alton Sports Tap comes to mind as a good place to gather).