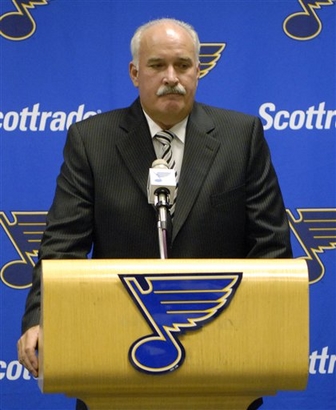 According to multiple sources, including the Post-Dispatch's Bernie Miklasz and Globe and Mail's James Mirtle, the Blues have and President of Hockey Operations John Davidson have reached an agreement on a multi-year contract extension.

Davidson was named president of the club in 2006, and his five-year, $10 million contact was set to expire on June 30.

With the team, the lease on Scottrade Center, and the Peoria Rivermen being for sale, the extension will keep JD at the helm of the Blues through any ownership transition period. Instead of the new owner coming in with a new plan and starting yet another rebuilding project under new management, having Davidson (and presumably General Manager Doug Armstrong) in place will solidify the Blues' current blue plan for future success.

Since Davidson took over, the Blues have changed coaches twice (Mike Kitchen to Andy Murray to Davis Payne), and made one playoff appearance, in 2009.