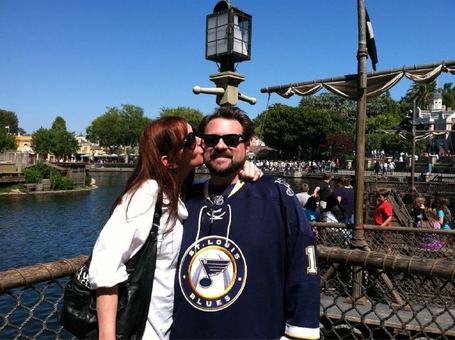 At right, here's a picture of director/Silent Bob Kevin Smith gettin' some action in a Blues jersey at Disneyland. That's how you do it, folks.