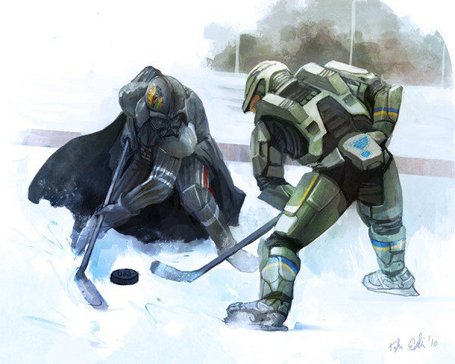 A hectic past 12-hours at Links HQ's West Coast division, yet there's not a whole lot happening in the hockey world. Here's what's being considered news today:

Man, a Portal Gun would totally be rad in Zelda.