Share All sharing options for: Blues Shoes: What (crazy) Note fans are wearing

Personally, I hate running. I'll do it when I feel like I have to do it, like when I've eaten 50,000 calories over a holiday weekend or if someone is chasing me. Not to say that I haven't done some running in my day. I've actually finished a few half-marathons, each of which made me say, "That sucked. I will never be conned into running a full marathon."

Eventually, I gave up being tricked into half-marathons too. The defining moment may have been when I watched my wife vomit up a bunch of bananas after finishing a race. I asked her when she had eaten all those bananas. Her reply? "I haven't eaten any bananas."

So, yeah, running isn't my favorite.

But some of you love that craziness. Can't get enough of it. Love the exertion, love the runner's high, love the, I don't know, chafing and bloody nipples, I guess. One of our regular readers and sometime-contributors, a guy we just call Figas, sent me these pictures of the shoes he'll be wearing in the St. Louis Marathon in October. 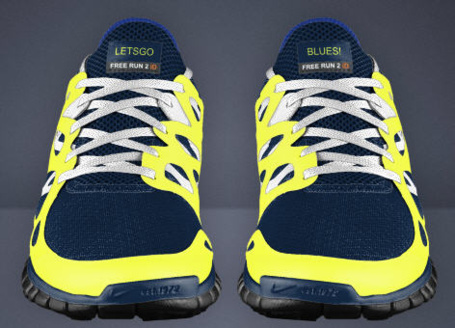 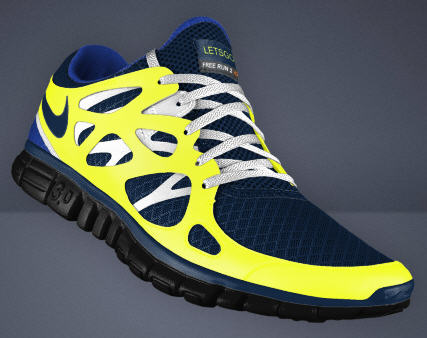 Other highlights of Figas' run?

I'm going to get a custom shirt done for the race too. On the front will be the classic Bluenote. I'd like to put the GT logo on the back (and) Let the record show, there will be glitter. Along with my tribute to Jane Fonda inspired workout attire from the 80's.

Now, even these shoes wouldn't get me to sign up for a marathon, but I could probably be convinced to purchase a pair of these bad boys just to wear around town. Hell, I don't know why these aren't the team's official workout shoes for the players.