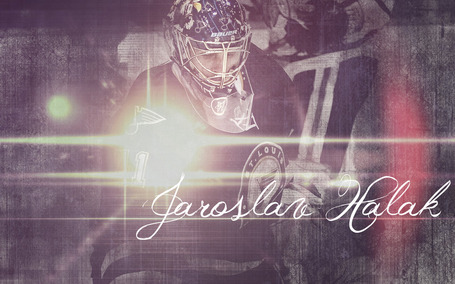 What's with goaltenders and frilly font? You desktop wallpaper makin' people are dummies.

You asked for it! A whole video devoted to rainbow sponge!