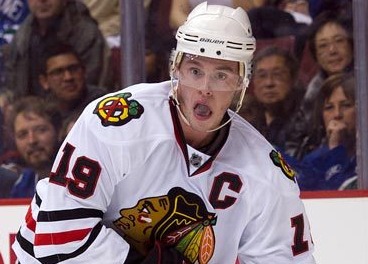 How can you have a derp picture week without a Blackhawk? Jonathon Toews, come on down.

A new spa for men. Don Cheadle tells you all about it.