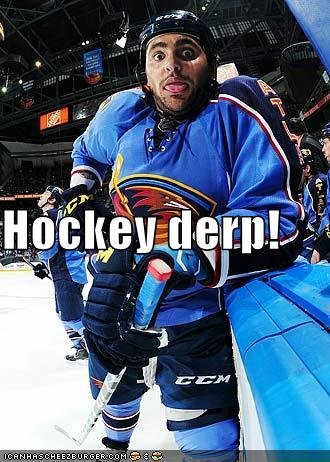 Big Buff gets the call the Hall of Derp today. Also, sad news about Perron to link you guys.

July is over, so we should send it off right: